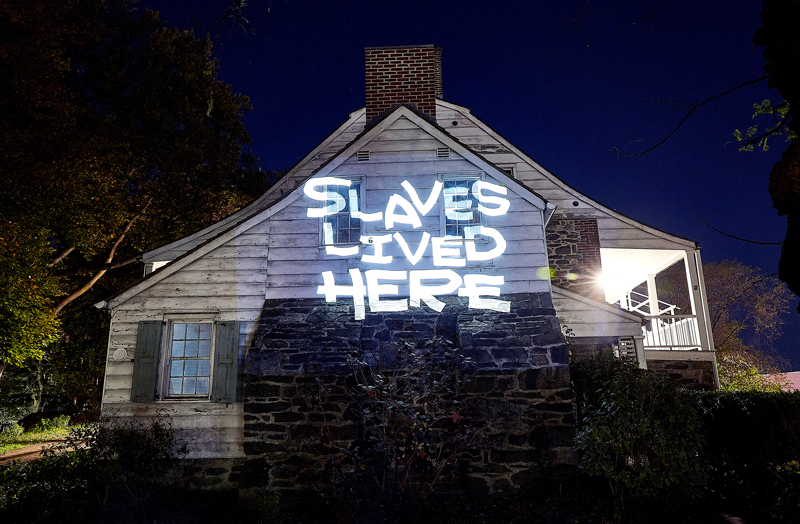 UNTOLD HISTORY: Multimedia artist Reggie Black created this projection shown in English and Spanish on the wall of the Dyckman Farmhouse.

How do we make history more inclusive and relevant to contemporary life? It’s a question the Dyckman Farmhouse Museum Alliance is examining with $70,000 from The Trust, as it delves into its own history, bringing to light the stories of enslaved and indentured laborers at the site and in the surrounding Inwood neighborhood.

The last remaining Dutch colonial building of its kind in Manhattan, the Dyckman Farmhouse was a fixture of the city’s agrarian past. Over time, the Farmhouse evolved, becoming a rooming house after the Dyckman family sold it, then a public museum. In recent years, the Alliance has taken steps to make programming more inclusive and relevant to the large Latinx population in Inwood—offering bilingual signage and programming and working with local groups to build audiences.

“For centuries, the legacy of enslavement has left an indelible mark on this country,” said Meredith S. Horsford, executive director of the Alliance. “Generations have ignored the stories of the enslaved people whose contributions helped build this country.” The Alliance used a Trust grant to launch DyckmanDISCOVERED, an examination of the history of slavery at the site, conveyed through installations and community programs.

Research has uncovered new accounts of people associated with the Farmhouse, including Francis Cudjoe and Gilbert Horton, two of the enslaved people whose full names were found in the Dyckman family’s records.

With these discoveries, the Alliance is adding new stories to the tours of the Farmhouse and offering a series of talks on the intersection of race, history, archaeology, anthropology, music, and dance. For Peter Hoffmeister, one of the artists who created an installation at the Farmhouse through DyckmanDISCOVERED, the project is a way to highlight slavery’s reach beyond the American South. “It was important to amplify the story of those enslaved at the Farmhouse,” he said. “Taking what had been treated as a footnote, and turning that into the story.”