A Look Behind the Scenes at the Impact of our Advocacy Work: Nine Recent Victories

The results of our grants for foster youth, the environment, early childhood teachers, and LGBTQ New Yorkers made headlines across the City and State in the past month. These victories would not have been possible without our City’s nonprofit organizations. Their years of research and testing of more effective and efficient ways to provide services helped shape their advocacy for these budget and policy changes. And behind all of this work is The New York Community Trust’s strategic funding of these nonprofits.

Here’s a roundup of recent wins and the work that made them possible: 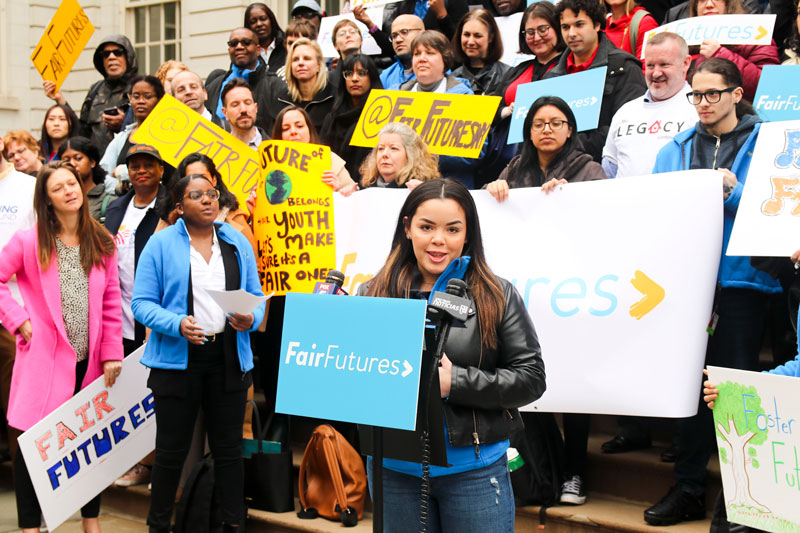 Young people aging out of foster care at age 21 often struggle in adulthood. For years, The Trust funded agencies including Graham Windham and HeartShare St. Vincent Services to support and coach these fledgling young adults. The programs work. Many graduate high school and go on to college and careers. In 2019, The Trust became the lead funder of the Fair Futures Campaign, which advocated for public funding to expand this support to the 7,000 young adults who are in, or have recently aged out of, City foster care. The City recently committed $10 million to begin rolling out the services citywide in 2020.

In June, New York State passed the nation’s most ambitious climate legislation to date. The Climate Leadership and Community Protection Act requires nearly every sector of the state’s economy to reduce greenhouse gas emissions and provides more resources to help the most at-risk communities cope with a rapidly changing climate. The Trust was a lead funder of several groups that championed the law’s transformative approach, including Environmental Advocates of New York and the NY Renews coalition. 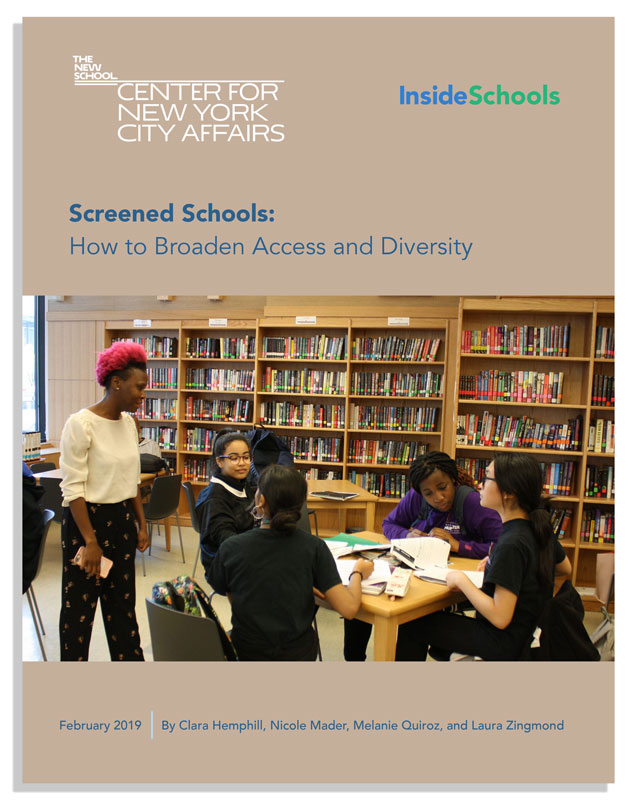 A report by the New School’s Center for New York City Affairs on diversity in NYC schools.

Too many of the City’s most-sought-after public schools do not reflect the overall racial and socioeconomic diversity of the population. In June, the City adopted recommendations made by an advisory group composed of students, educators, parents, and researchers. The changes will encourage school districts to develop plans to increase diversity, integration, and equity in their schools. Trust grantees New York Appleseed and IntegrateNYC helped advocate for these policy changes. In addition, The Trust funded research by The New School’s Center for NYC Affairs, Columbia University, and New York University’s Metropolitan Center for Research on Equity and the Transformation of Schools that supported the policy recommendations.

New York State relies on an accurate census count to get its fair share of federal money and government representation. To make sure we count all New Yorkers in 2020, The Trust brought together several foundations and dozens of individual donors to create the New York State Census Equity Fund. Through organizing, forums, op-eds and letters to politicians, The Trust helped raise awareness of the census in the nonprofit and philanthropic community. Partly as a result of our joint efforts, the State has committed $20 million and the City has promised $40 million to help “get out the count.” The funders collaborative also has raised more than $2 million to help trusted organizations in immigrant and other hard-to-reach communities ensure participation in the census. 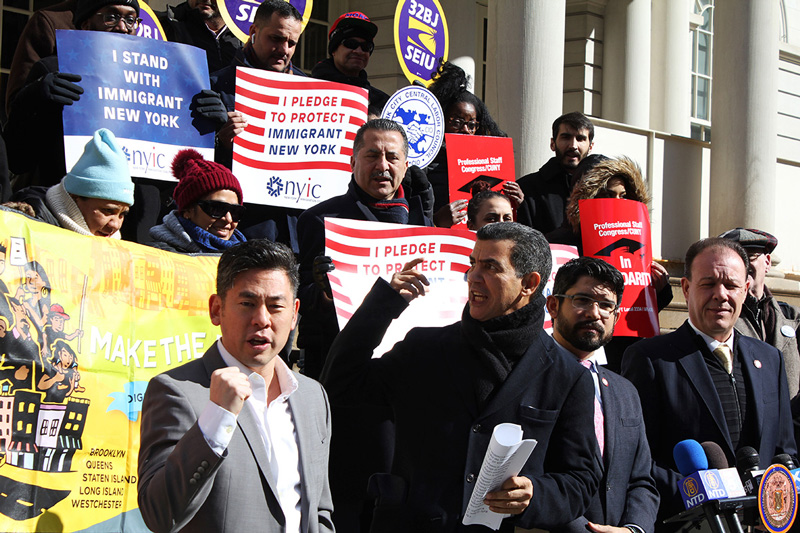 Make the Road New York and the New York Immigration Coalition at a rally for the Green Light Bill, which legalizes driver’s licenses for undocumented immigrants.

The Driver’s License Access and Privacy Act—or “Green Light Bill”—reduces the number of uninsured people on the road and improves public safety. New York is the 13th state to pass such a common-sense bill. The New York Immigration Coalition, supported by The Trust’s Fund for New Citizens and Long Island Community Foundation, was instrumental in getting support to pass the bill. In addition,15 members of the Greenlight NY Coalition have received Trust funding, including Make the Road New York, Adhikaar, Chhaya Community Development Corporation, and Council of Peoples Organization.

#6: New funding approved for the arts

Adequate funding for the arts enriches the City and its residents. New York’s 2020 fiscal year budget includes $211.6 million for arts and culture, the largest allocation to date. New Yorkers for Culture and Arts, a group created in a merger The Trust supported, was a strong advocate for sustainable government funding for the arts. Similarly, the New York City Cultural Agenda Fund in The Trust supported a groundbreaking report that demonstrated the fiscal and social impact of the arts on New York City communities and helped the City’s Department of Cultural Affairs distribute funding more equitably.

New York City had been losing rent-controlled and rent-stabilized apartments at an alarming rate—from 1981 to 2011, the number of rent-regulated units decreased by more than 17 percent. This trend was due to loopholes in rent regulation, including “vacancy decontrol,” which meant landlords could remove apartments from regulation when they became vacant and rents were more than $2,774 a month. In June, the Legislature eliminated the vacancy decontrol provision. It also passed laws that ban the use of “tenant blacklists,” limit security deposits to one month’s rent, and criminalize landlords who forcibly evict or lock out tenants. Trust grantees laid the groundwork for this policy change, including Churches United for Fair Housing, Flatbush Development Corporation, Cooper Square Development, and Housing Conservation Coordinators.

Early childhood educators at community organizations are paid far less than their public school counterparts. In some cases, the pay difference is $35,000 a year. After years of advocacy, the City has reached a deal with the union representing these teachers to achieve pay parity. The Trust’s Early Childhood Partners NYC Fund supported research and education on the pay difference by the Center for New York City Affairs, Human Services Council, and United Neighborhood Houses. And a 2017 Trust grant to Teach for America helped fill—and called attention to—the pay gap by providing supplemental scholarships for teachers in community centers.

Infographic courtesy of the Day Care Council of New York.

The Trust has funded the NYC LGBT Historic Sites Project since its inception in 2015. The nonprofit used our initial grant to hire a coordinator to survey and document the City’s historic LGBT sites. Later grants were used to create a digital map and resource guide. In June, the City’s Landmarks Preservation Commission designated six of those sites as City landmarks. The new designations coincide with the 50th anniversary of the Stonewall uprising and the month-long Pride celebrations.