From the Desk of Jose Saldaña: Providing a Second Chance for the Incarcerated 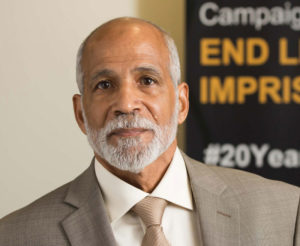 Jose Saldaña is the director of RAPP (Release Aging People in Prison). Since 2018, after serving 38 years in New York State prisons, he has led advocacy efforts to release incarcerated older adults in New York State. He spoke to our donors in a recent virtual briefing. Over the past three years, The Trust has provided $200,000 to RAPP for its work.

“At the height of mass incarceration in the 1990s, there were 72,000 people in New York State prisons. Due to an executive order by Governor Pataki, the Parole Board could not release anyone convicted of a violent crime. As a result, the Board’s release rate was less than four percent.

Imagine what that does to the families of the incarcerated, who are mostly Black and Latinx. It devastates them and their communities, trapping them in a perpetual cycle of poverty—the greatest factor that produces crime in our cities.

We must listen to those who are formerly incarcerated. I did not deserve a welcome home party, but what I did deserve was a chance. We can contribute because we realize we have a moral commitment to repair harm that we take responsibility for doing. This is who we are and what we want to be known for—not for what we did four decades ago.

Elderly New Yorkers in prison face an ongoing health crisis. We get, but are not diagnosed with or treated for, common problems such as high blood pressure, high cholesterol, and diabetes. Even the most serious ailments go undiagnosed for years, leading to premature deaths. In fact, for the last ten years, 700 people who died in New York State prisons were age 50 and over, and the average age at death was 58 years old.

Is it worth it, from a public-safety standpoint, to keep our elders in prison? The research says no. As a person gets older, they age out of crime. The recidivism rate for someone released at age 66, like me, is less than one percent. In my opinion, the controlling factor is that many of us dig inside ourselves to confront and gain insight about what we have done. We embrace the moral obligation to repair the harm we have caused. During decades of incarceration we become pioneers and mentors, developing the most effective therapeutic programs and self-empowerment courses to help others make the same life-changing transformation.

What gives me hope is when I see students at universities identifying themselves as abolitionists. They envision a better way of addressing violence that does not rely on inflicting more harm through perpetual punishment or revenge. Decades of incarceration harms the families of those in prison, and does nothing to help the victims. The better approach is to address the needs of those harmed and help them heal, rather than harming another family. I am hopeful that criminal justice will one day be transformed from a system of punishment and revenge to a system that values human transformation and redemption.”