After the SCOTUS Census Decision, These Essential Strategies for a Full and Fair Count Need More Support 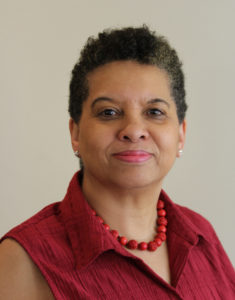 This story originally ran on PhilanthropyNewYork.org.

The Supreme Court of the United States ruled that the Commerce Department cannot include a question on citizenship in the 2020 Census, for now. It is possible that the Administration will be able to offer adequate justifications for its inclusion, but experts analyzing the decision seem to agree that the census timeline necessitates that the Census Department move forward with printing census forms without the citizenship question.

While not as definitive as we had hoped, the SCOTUS decision is a good one for everyone who believes in the Census Bureau’s mission of ensuring a full and fair count of every resident of the United States. It is one huge hurdle surmounted on a long obstacle course to an accurate census count.  Given the negative policy environment surrounding immigrants and the considerable public awareness of Trump Administration’s efforts to add the citizenship question, Census participation is likely to be suppressed even with this positive ruling.

We still have to work extraordinarily hard to allay public fears by stressing data confidentiality protections and advocating for enforcing those protections, while stepping up our investment in trusted community organizations that can engage with hard-to-count communities that have the most to lose if the count is not accurate.  The funders who have joined together through the New York State Census Equity Fund to support get-out-the-count efforts are celebrating this decision, but redoubling our efforts in the face of continuous threats.

That’s because the 2020 Census still has more challenges than previous decennial counts.  In its recently released report, “Assessing Miscounts in the 2020 Census,” the Urban Institute noted that “nationwide, the decennial census could fail to count anywhere from 900,000 to 4 million people” for a host of reasons, of which the possibility of a citizenship question was just one. Underfunding of the Census Bureau, insufficient testing and new technologies are among the serious challenges.

Potentially missing 4 million people is a huge deal. To put that figure into perspective, keep in mind that almost half of the nation’s states—twenty-three in total—each have a population less than 4 million.  Imagine excluding an entire state from electoral representation and government funding allocations. Now imagine excluding the equivalent of an entire state, but rather than excluding by geography, excluding instead a ‘virtual’ state comprised of children under five, renters, people of color, immigrants, Native Americans, and other historically undercounted populations.

The philanthropic community, nonprofit organizers and some state and city government leaders recognized the challenges and began mobilizing early. They are now ramping up their efforts to develop multi-media campaigns and deep civic engagement efforts to connect with hard-to-count people.

The Funders Census Initiative was established in 2016 and has been working nationally to gin up philanthropic interest in get-out-the-count efforts. And the national Census Equity Fund has raised more than $70M* for communications and get-out-the-count organizing, mostly focused on states that have high numbers of hard-to-count populations but without a sizable philanthropic infrastructure.

That leaves New York’s philanthropic community out on its own to fund get-out-the-count organizing in our region. A group of local funders started meeting to strategize and hold learning sessions in Summer 2017, building towards the creation of the New York State Census Equity Fund in 2018. Since then, the NYSCEF has obtained commitments of over $2 million from 25 institutional funders and dozens of individual donors. Realizing that this is just a fraction of what’s needed, NYSCEF has consistently supported the voices of community leaders calling on New York State and City governments to budget serious funds for GOTC efforts.

NYSCEF has already made grants to key organizations that are laying the groundwork for those community-based GOTC efforts. The Fund’s first grant was to the Rockefeller Institute of Government to conduct research and produce the June 2019 report “Achieving a Complete 2020 Census Count in New York,” which identifies the communities and census tracts in New York State that need the most attention to maximize response rates.

NYSCEF has also made grants to the Asian American Federation, to do census training in NYC and upstate counties to ensure that all Asian New Yorkers are counted; the CUNY Graduate School of Journalism, to help independent community and ethnic news organizations in the City and neighboring counties promote GOTC efforts; the Health and Welfare Council of Long Island, to provide training and resources to the Nassau and Suffolk County Complete Count Committees and to develop a complete count committee ‘toolkit’ for other counties throughout the state; The New School’s Digital Equity Lab, to help public libraries provide internet access in HTC communities to improve census participation; the Partnership for the Public Good, to provide census training and tools to community organizations in Western NY; and to New York Civic Engagement Table and New York Immigration Coalition, to provide technical assistance to community organizations engaging HTC populations in Western New York, Central New York and the Hudson Valley.

This summer, NYSCEF will distribute a request for LOIs to a pre-determined list of about 200 nonprofits all across the state in anticipation of supporting GOTC efforts in the coming year.

In California, the philanthropic community is adding to The California Endowment’s pledge of $10M for the state’s GOTC efforts, and the State of California has pledged $200M**.  This impressive fundraising matches the challenge that state faces. Are New York’s financial commitments to Census 2020 commensurate to the challenges our state faces? The recently announced New York City budget allocates $40M for GOTC efforts, and the State has budgeted $20M, but there remain major questions about how those resources will be spent, when they will be spent, and whether it is enough.

We continue to seek additional funding partners in this work, not to substitute for what government should be doing but to complement their efforts. For example, we understand that much of the State and City funds will be spent on census awareness media campaigns. While media campaigns targeting a general audience have their place, our priority is to support organizations that are positioned to have ongoing, in-depth quality conversations in hard-to-count communities.

The case before the Supreme Court produced a positive result on the citizenship question, at least temporarily, but left in its wake heightened public mistrust. The imperative to fund get-out-the-count efforts is no less urgent today, and we now have even more motivation to work with our allies in the nonprofit community, in the business world, and in government, including the hardworking professionals at the Census Bureau who have dedicated themselves to achieving a fair and accurate count of everyone living in our nation.

We can’t think of a single funder in our community whose mission won’t be affected by an inaccurate and unfair census count, and we ask that the philanthropic sector’s leaders join the New York State Census Equity Fund in supporting the get-out-the-count efforts. Today, we have a little more wind at our sails, but there remain dangerous waters on the horizon.

*At the date of this posting, FCI continues to raise funds. The $70M figure was reported by funders associated with FCI.
**At the date of this posting, NYSCEF colleagues received emails from The California Endowment Reporting new commitments from the State of California totaling $200M, up from the previously pledged $100M. News reports have not yet confirmed this figure.