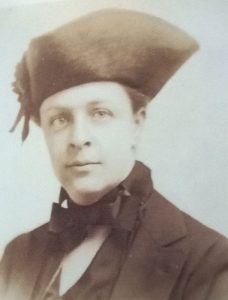 FEMINIST FOR LIFE: Annie Tinker in a suffragist hat around 1912. Photo courtesy of the Annie Tinker Association for Women. The Association’s archives are in the collection of the Schlesinger Library on the History of Women in America, Harvard University, Cambridge, Massachusetts.

Annie Rensselaer Tinker was a forward thinker, wartime volunteer, and fearless advocate for women’s rights. A native New Yorker, Annie’s short life was defined by her courage and philanthropic spirit.

Annie Rensselaer Tinker (known as Annie R. by her friends) was born in 1884 on Park Avenue and 57th Street into an esteemed family of New York City lawyers and bankers.

Her father, Henry Champlin “H.C.” Tinker, bought land in Setauket, on the north shore of Long Island, in 1890, and built a large waterfront home on the property five years later. The Tinker family spent every summer there for the next twenty years.

The home in Setauket was a special place for Annie and her older brother, Edward. In his memoirs, Edward wrote: “Here my sister and I learned to swim and sail boats. It was a wonderful place for youngsters.” The freedom Annie experienced each summer in Long Island fostered her courage and independence. 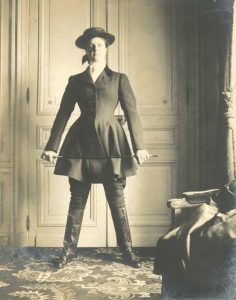 HORSEWOMAN: Annie Rensselaer Tinker in riding boots and breeches. Courtesy of John and Betty Evans from the Village of Port Jefferson Archives.

Annie’s family wealth afforded her the time and resources to become involved with social movements.

One issue that was close to Annie’s heart was women’s suffrage. As a young adult, Annie was friends with many women artists, professionals, and socialites who were living on their own and exercising personal freedom.

Annie was moved by human suffering during World War I. In 1914, Annie sailed for Europe to volunteer with the Red Cross. Since the United States had yet to join the war effort (the U.S. would join three years later), Annie joined the British Red Cross.

Her time oversees was not easy—the Germans overtook the hospital in Belgium where Annie was volunteering as director. Little is known about this period in Annie’s life, but in 1921, the French government awarded Annie a medal for her work “in proximity to the enemy for an extended time.” 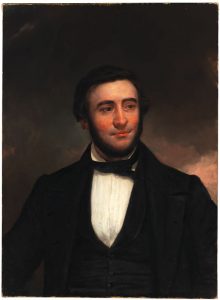 Soon after Annie arrived in Europe, her father died unexpectedly. She returned briefly to New York to settle the estate, then sailed back to assist with war relief efforts through the end of the war in 1918.

At his death, H.C. Tinker left Annie the house in Setauket, other properties, and ownership of half of the shares in the Tinker Realty Corporation, a real estate firm that Annie’s paternal grandfather, Capt. Edward Greenfield Tinker, owned. These assets would support her philanthropy.

Annie was active in managing her finances. She continuously monitored the rental income from her properties and the value of her portfolio. Annie decided what to sell and to hold by corresponding often with William Lancaster, her lawyer in New York.

Towards the end of World War I, Annie was in Naples, Italy, where she met Kate Darling Nelson. The two formed a romantic relationship that they kept quiet.

On June 27, 1918, Annie wrote out her will by hand and chose Kate as her sole heir. The will gave Kate “sole benefit and use during her lifetime” of Annie’s entire property, real and otherwise, with the principal thereafter to be donated to charity to benefit “women who worked for a living.” 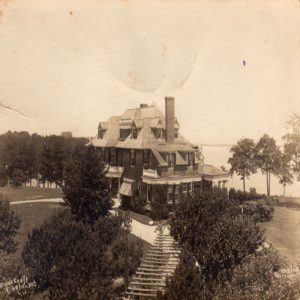 The relationship between Annie and Kate was complex. In 1921, Kate married Luigi Bertolini, who owned several luxury hotels in Italy and France. When Annie moved to Paris, Kate continued to visit and write letters to Annie, and Annie stayed in Bertolini’s hotel in Italy.

In the winter of 1923, friends expressed concern about Annie’s chronic sore throat. The infection was diagnosed as tonsillitis. On February 21, 1924, Annie passed away at the age of 39. She is buried in Brooklyn’s Green-Wood Cemetery next to her father.

Over the next 10 years, Annie’s estate was in litigation while Annie’s mother, Louise, contested the will.

“The family no doubt expected to receive all of Annie’s assets, but Annie had not named either her mother or her brother as beneficiaries in her will,” says Dr. Catherine Tinker, former president of the Annie Tinker Association for Women. Dr. Tinker, a lawyer, is unrelated to Annie Tinker.

In the end, Kate received half of Annie’s assets, and immediately spent one-third of her share to fund Annie’s charity. 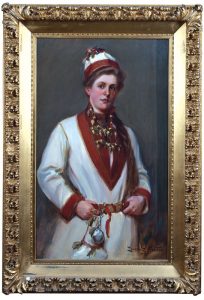 The “Annie R. Tinker Memorial Home,” as it was first named, was incorporated in New Jersey in 1924, the year of Annie’s death, as a nonprofit organization to receive the bequest under Annie’s will.

However, by the time the lawsuit was settled, the Great Depression had taken its hold on American life. Rather than establish a home for women, “the board elected to make small grants to individual women because so many people were struggling,” says Dr. Tinker.

To reflect the fact that no physical home existed, the organization’s name was later changed to the “Annie Tinker Association for Women, Inc.” It continued to grant small monthly stipends to retired women so they could remain living independently in their homes. The Association also worked to sustain the emotional health of aging women by providing meaningful opportunities for social interaction and community involvement.

Once the Association accepted a woman as a Tinker beneficiary, she remained with the organization as long as she needed. Some women were involved for twenty years or more. “This created a sense of a ‘Tinker family’” says Dr. Tinker. In total, the Association assisted more than one hundred women over nine decades.

In 2018—100 years after Annie wrote her will—the Association legally dissolved and transferred its assets to The New York Community Trust.

A changing landscape drove the decision to dissolve. “Women are living longer, and by age 80 or 90, their needs are greater and different,” says Dr. Tinker. These environmental shifts meant the Association’s program model was unsustainable.

The Association donated Annie’s archives to the Schlesinger Library on the History of Women in America at Harvard University. The archives are open to researchers.

The Annie Rensselaer Tinker Fund in The New York Community Trust will continue Annie’s legacy by making grants to organizations that improve the lives of elderly women.

The Trust thanks Dr. Catherine Tinker for her contributions to this biography. Her article, “Annie Rensselaer Tinker (1884-1924) of East Setauket and NYC: Philanthropist, Suffragist, WWI Volunteer in Europe” in the Long Island History Journal, informed the writing.

You can learn more about our donors by reading our collection of biographical profiles.