Films Shape our World and Old Horses Put to Good Use 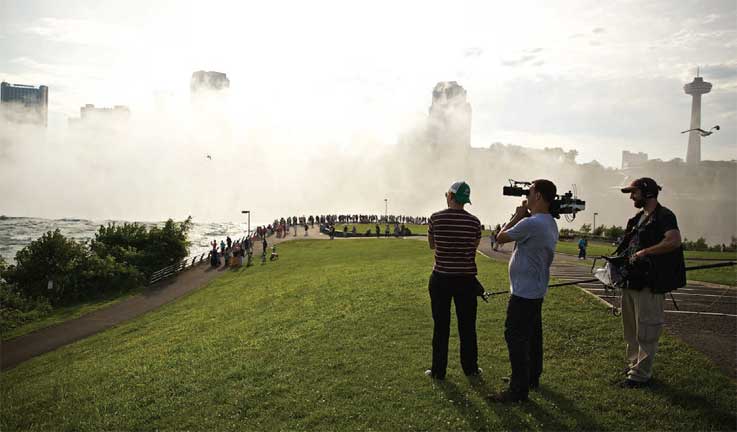 ABOVE: A shoot near Niagara Falls for the Redford Center’s Happening, a film documenting the clean energy economy.

But documentaries take an investment of time, and even the most dedicated backers understand these films may not break even.

That’s why the fund Elizabeth Meyer Lorentz set up in The Trust is crucial. In her will, Lorentz asked us to support films that echo the work of her late husband, pioneering filmmaker Pare Lorentz. Now we’re giving $350,000 to San Francisco’s Redford Center (founded by Robert Redford and his son Jamie). We’ll support the creation of environmental films at the earliest stages of development, when dollars and guidance are scarce. 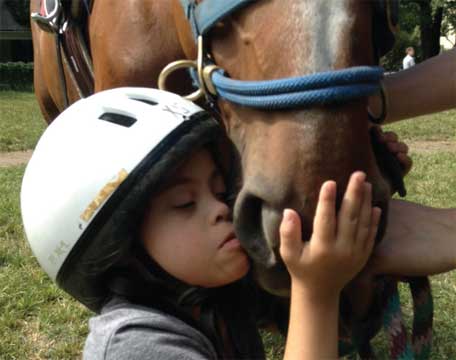 THERAPY: A girl with Down syndrome nuzzles a GallopNYC horse.

Trotting into Retirement: Old Horses Put to Good Use

Providing horses food, shelter, and veterinary care is expensive, so when they get too old to ride, show, or pull carriages, they’re often sent to slaughter.

For more than a decade, GallopNYC has helped rescue equine retirees. They have a new life giving therapeutic riding lessons and companionship to New Yorkers with autism, cerebral palsy, post-traumatic stress disorder, and other disabilities.

We’re giving GallopNYC $65,000 to provide vaccinations, nutritional supplements, and grooming to these helping horses. We manage three funds dedicated to medical and humane care of animals, and we believe the donors would be pleased that they’re assisting animals that assist humans.