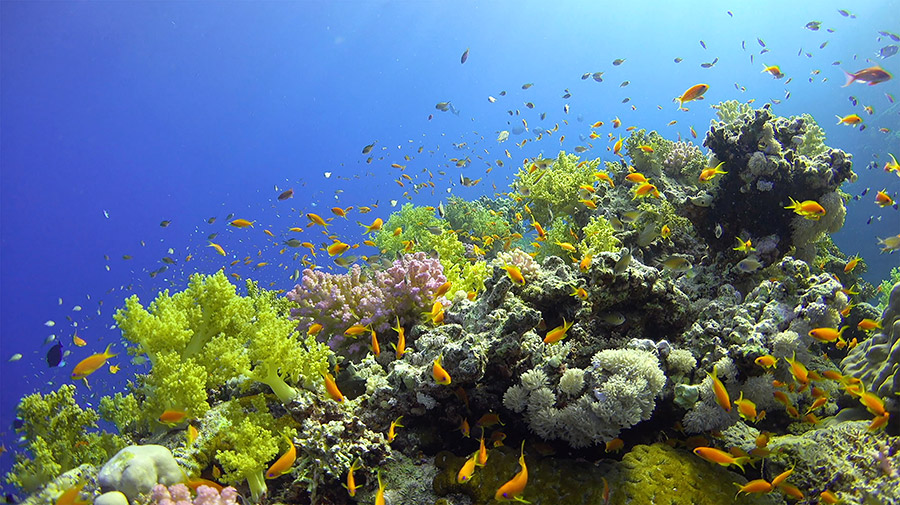 Still courtesy of “The Cover Up” film series.

A Cinematic Legacy Fuels a New Generation of Filmmakers

Many documentary films are so glum they “overwhelm and desensitize us,” says Melissa Fondakowski of the Redford Center, a Trust grantee. A better alternative: “Give people a solution, and keep it simple.”

Since 2002, The Trust has given more than $1.7 million to The International Documentary Association and the Redford Center to create documentaries that help Americans understand and take action on crucial issues. This work is possible because of a fund created in 2002 by Elizabeth Meyer Lorentz, the widow of Pare Lorentz, a noted filmmaker who chronicled the Depression. Drawing on the expertise of these groups, we support films that advance the Lorentz legacy.

In 2016, The Redford Center hosted all the filmmakers along with industry experts at the Sundance Mountain Resort for training. A year later, all six had produced short films.

One of the shorts, “Reefs at Risk,” helped get a reef-killing sunscreen chemical banned in Hawaii. Films funded through Lorentz’s gift have been featured on PBS and nominated for Emmy Awards.

“Ms. Lorentz saw a need for documentaries that furthered her late husband’s legacy; we saw a need for films about the environment that give people hope.” — Kerry McCarthy, The Trust’s program director for thriving communities

SWITCHING SUNSCREEN: The short film “Reefs at Risk” explores the harmful effects that Oxybenzone, commonly used in sunscreens, has on coral and other marine life. Still courtesy of “The Cover Up” film series.

Learn how we support the arts and protect the environment.