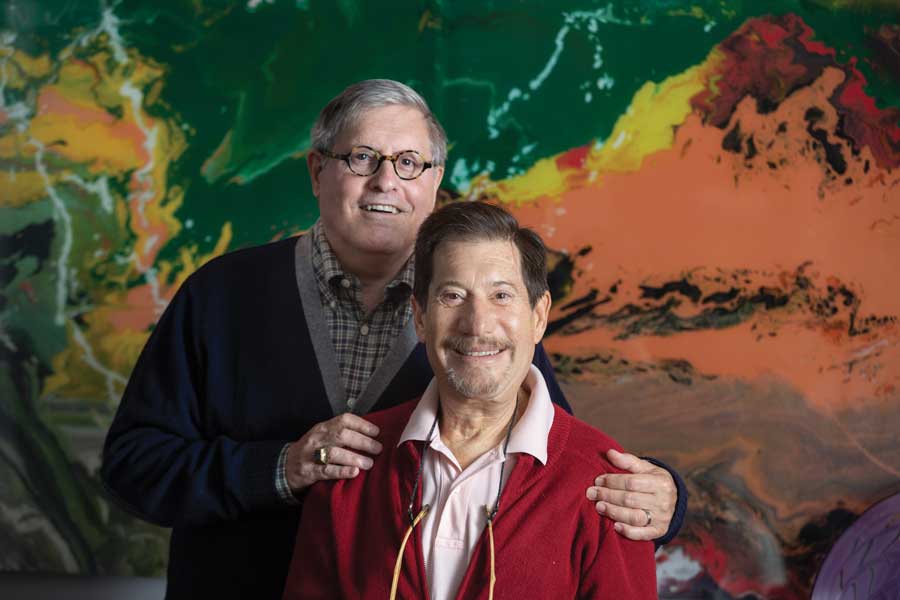 A condensed version of this interview ran in our 2018 Annual Report.

Frank: I was born in Brooklyn, grew up in New Jersey, and moved back to the city after college. Ted and I both graduated from Harvard and met some years later at a fundraiser there. We’ve been together for 35 years, and married for the last five.

Ted: I’m originally from Massachusetts and grew up in Los Angeles, but New York City has been my home for 40 years. We’ve always given money to help what was known as the gay and lesbian communities when we were younger. Years ago we decided to leave our estate to what is now called the LGBT community, with the help of The New York Community Trust.  We have a field-of-interest advised fund, funded through a bequest.

Frank: I can’t ever imagine a life without New York, and so I’d like to help the people who live here. By sheer luck of genetics, we have all this good fortune and we both feel a moral imperative to try to do something to ameliorate others’ suffering.

Ted: When you’ve been as privileged as we’ve been, you need to give back. A friend at one of the New York banks recommended The Trust as an organization that would carry out our wishes. We did our due diligence and were happy with what we found.

Frank: We set up our fund at the height of the AIDS epidemic, when friends were dying. We didn’t want Lambda Legal or any other community organization that needed the money to have to go begging. We want the money to be used to benefit whatever fronts need it in the war against equality, so we defined it broadly We stressed that it is to be applied for advocacy and other support of gay and lesbian issues and concerns, including but not limited to, health, free expression and human rights, and promotion of social acceptance.

Ted: It would be wonderful if we didn’t need a Human Rights Campaign, an American Civil Liberties Union, or a Lambda Legal, but we do.

Frank: Ali Forney is another organization that helps LGBT youth in New York City who’ve been tossed out of their homes. They’re living on the streets and have nowhere to go. Forney was a gender nonconforming youth who helped others like him. He was murdered in 1997 at age 22. The organization that bears his name is an example of the groups we want to help.

Ted: This is not a commercial for New York Community Trust, but we trust them implicitly with the legacy we want to leave. They’re sincere, they’re honest, they’re straightforward, and they’re open to ideas. In the 15 or 20 years we’ve known them, they’ve only gotten better.