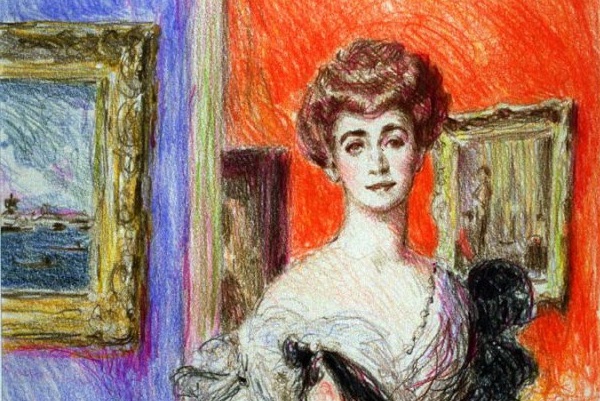 A biographical sketch of Trust donors

The stately marble entrance of a city library, fine woodwork inside historic Pullman trains, a superb collection of paintings, and a handsome courthouse. They may seem unrelated, but they are the work of Henry Knapp Skelding Williams, whose businesses included fine hardwoods and marble and whose avocation was collecting art.

The son of Ichabod Thomas and Elizabeth Hannah Skelding Williams, Henry came from a New York family descended from the Pilgrims. After graduating from St. John’s Preparatory School in Ossining, New York in 1875, he entered his father’s wholesale lumber business, Ichabod T. Williams & Sons. His work for the firm took him through the forests of Ohio, Indiana, Michigan, and Canada. He became an expert on domestic hardwoods and then branched out all over the world in search of special quality lumber—to South and Central America, Africa, and as far as the Andaman Islands in the Indian Ocean. He spent ten winters in Cuba, and one in the Dominican Republic. 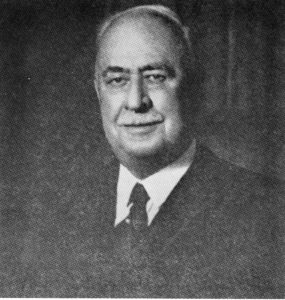 He was known as an enterprising buyer who did not hesitate to purchase daringly large quantities of rare woods when he anticipated a new market for them. He introduced padouk, a hardy reddish wood from Burma, into widespread use in the States by interesting the railroads in using it for the interior of Pullman passenger cars. He also is believed to have been the first to sell American hardwoods to Europe. During World War I, he was a dollar-a-year man—working for a token salary for the War Department purchasing large quantities of hardwood that could be made into airplane propellers.

In 1912 he became president of William Bradley & Sons, a firm that supplied marble for many public buildings across the U.S.—including Chicago’s City Hall, the St. Louis Library, Albany’s Educational Building, the Memphis Courthouse, the interior of the New York Public Library as well as much of Grand Central Terminal. He was also president of White Rock Mineral Spring Company, the Otis Astoria Corporation, and the George D. Emery Company.

These responsibilities might have been enough for some executives, but Mr. Williams somehow found time for other tasks. Because of his reputation for integrity, he was frequently appointed by the courts as a receiver of bankrupt concerns. And in 1919, because of his interest in the welfare of his native city, he was asked by the City police commissioner to develop a plan to help New York police officers deal with the rising cost of living. He was made an honorary deputy chief and proceeded to organize a home service division. With a revolving loan from the Police Benevolent Fund, it set up stores in all five boroughs stocked with shoes, clothing, and groceries that policemen could buy at cost.

Williams’s first wife died in 1912, a year after he retired from his family’s lumber firm. A few years later, he met Mildred Anna Milton, with whom he shared the second half of his life.

The second Mrs. Williams was the daughter of John McQuillan, a marine engineer from Vallejo, California. Her childhood had not been easy and she supported herself before her first marriage—a fact that was later reflected in her compassion for needy girls. A beautiful and vivacious woman, and then a widow, she met Mr. Williams literally by accident: her automobile broke down on a country road and Mr. Williams stopped to help her.

Soon after the end of World War I, Mr. and Mrs. Williams went to live in France. They collected 17th century Dutch and Flemish paintings, 18th century English masters, bronzes, tapestries, statuary, and period furniture. They never considered themselves collectors; they simply bought what they enjoyed having in their homes. Neither of them was artistically gifted, but they appreciated fine craftsmanship. Mr. Williams may have become interested in art through his wife and through the famed millionaire and art collector Henry Clay Frick, who was a friend of hers.

The Williamses loved to travel, going around the world twice, across the country innumerable times, and even touring North Africa by car. During these trips, they bought more art and furniture for their homes and soon had a fine, though somewhat unintentional, collection. It was an old friend, Mrs. Adolph Spreckels of San Francisco, who persuaded them to deed their art to the California Palace of the Legion of Honor, a museum she had founded in San Francisco. They did this in 1929, with a proviso that the collection would remain in their Paris home until their deaths.

Mrs. Williams died just before World War II and, at Mr. Williams’s urging, the museum managed to have the collection hastily packed, spirited to Marseilles, and put aboard an American vessel only a few weeks before Paris fell to the Germans. The paintings, tapestries, and furniture were then installed in the California Palace as the Mildred Anna Williams Collection. Today the collection includes more than 100 paintings.

In Mr. Williams’s later years, the museum became his main interest. He stayed in San Francisco six months of the year and visited the museum several days a week, occasionally making suggestions about weeding out pictures that were not of top quality. He would also surprise the museum with new purchases at least twice a year. The curator, Thomas Howe, never knew ahead of time what masterpiece Mr. Williams had succumbed to; he simply received a welcome letter announcing that “I have ‘fallen’ again.”

Mr. Howe remembered Mr. Williams as a marvelous friend, a genial and witty bon vivant who was invariably kind and modest. He recalls that once he said to Mr. Williams: “I can’t begin to tell you how grateful we are for…” Mr. Williams interrupted with the admonition: “Never say you are grateful. That always implies an expectation of further favors.”

Mr. Howe also recollected that one of the finest pieces of Americana in the Williams’s collection was acquired somewhat accidentally. While in New York in 1940, Mr. Williams had dropped in to see his old friend Charles Henschel, the head of the Knoedler Galleries. While waiting to talk to Mr. Henschel he saw a large still life propped on an easel and asked the secretary, “What is that painting?”

“Oh, that’s nothing for you,” she replied. “It’s just a picture that Mr. Henschel thought might amuse Mr. Averell Harriman for his hunting lodge.”

Perhaps somewhat nettled, Mr. Williams asked how much it was. 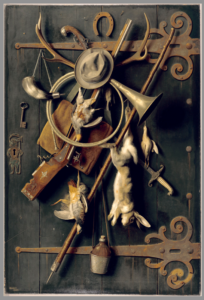 He responded, “Have it shipped to the California Palace of the Legion of Honor.” And that is how the Legion came to acquire William Harnett’s valuable trompe l’oeil “After the Hunt.”

While they enjoyed their art and lived a gracious life, the Williamses were very conscious of those less fortunate. The funds and trusts they established in The New York Community Trust stand as a symbols of their generosity, empathy, and understanding.

The will of Mrs. Williams established the Mildred Anna Williams Fund in The New York Community Trust, to help girls and young women. You can read about the impact this fund has had here and here.

Mr. Williams left two funds, one to help New York City, and one for the benefit of St. Mary’s Hospital in Queens for chronically ill children.