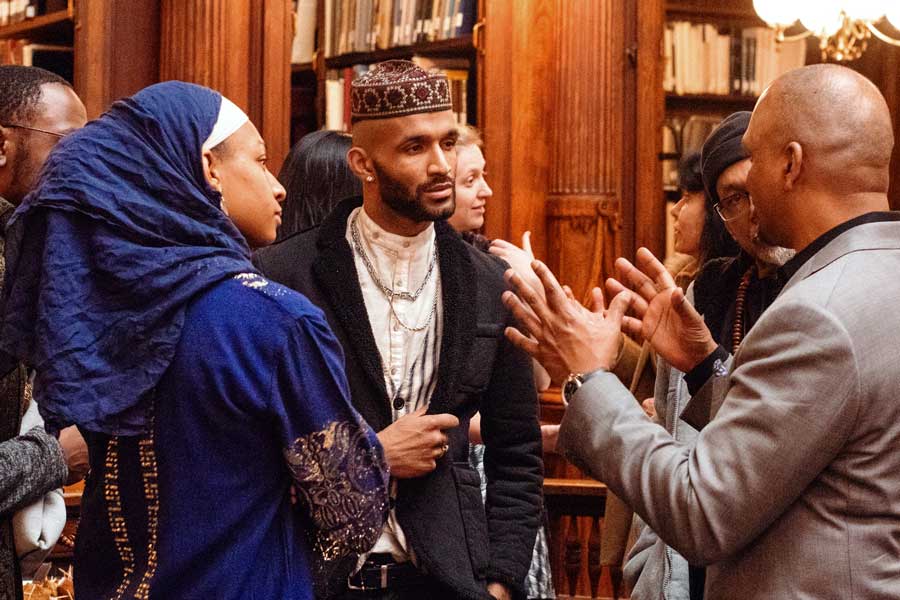 In 2016, Muslim New Yorkers created more than 175,000 jobs. They also donated 33 percent more to charities than the average American household.

A report funded with $80,000 from The Trust allowed the Institute for Social Policy and Understanding (ISPU) to research these and other facts about our Muslim neighbors. Meira Neggaz, the Institute’s executive director, said, “The main thing people say when they hear this data is: ‘I didn’t know. What I see on the news, what I hear in political rhetoric is the polar opposite of what your project is telling and showing us’.”

Sharing the data is a big part of the project. An earlier report by ISPU on Muslims in Michigan is now being used by the Department of Justice and the movie industry, among others. Findings from the New York report are being shared at St. John the Divine Cathedral, the New York Public Library, the Tenement Museum, the Brooklyn Historical Society, and other venues.

Brooklyn is home to the City’s largest Muslim population and 100 mosques. Yet, Islamophobia is on the rise there. To increase acceptance and understanding, the Brooklyn Historical Society is collecting and sharing oral histories of the borough’s Muslim communities. With The Trust’s $150,000 grant, the Society interviewed 50 community members and created one of the first major oral history collections dedicated to Muslims in America.

In his oral history, Asad Dandia, 26, a founder of the nonprofit Muslims Giving Back, said, “The fight goes on, and I’m part of that long trajectory of the fight for social and political justice.” And Shaikh Rasheed Abdullah, 66, director of Islamic studies at the Clara Muhammad School of Masjid Khalifah, recalled, “In Brooklyn, it was not uncommon to convert a cocktail lounge or a dancehall or a youth center or slaughterhouse into a masjid [mosque].”

The collection has been published online and shared in podcasts and at public events. In addition, the Society is creating a curriculum for K-12 teachers on the history of Muslims and their contributions.

Learn more about our work to champion justice.