Reaching Teens at the End of the Line 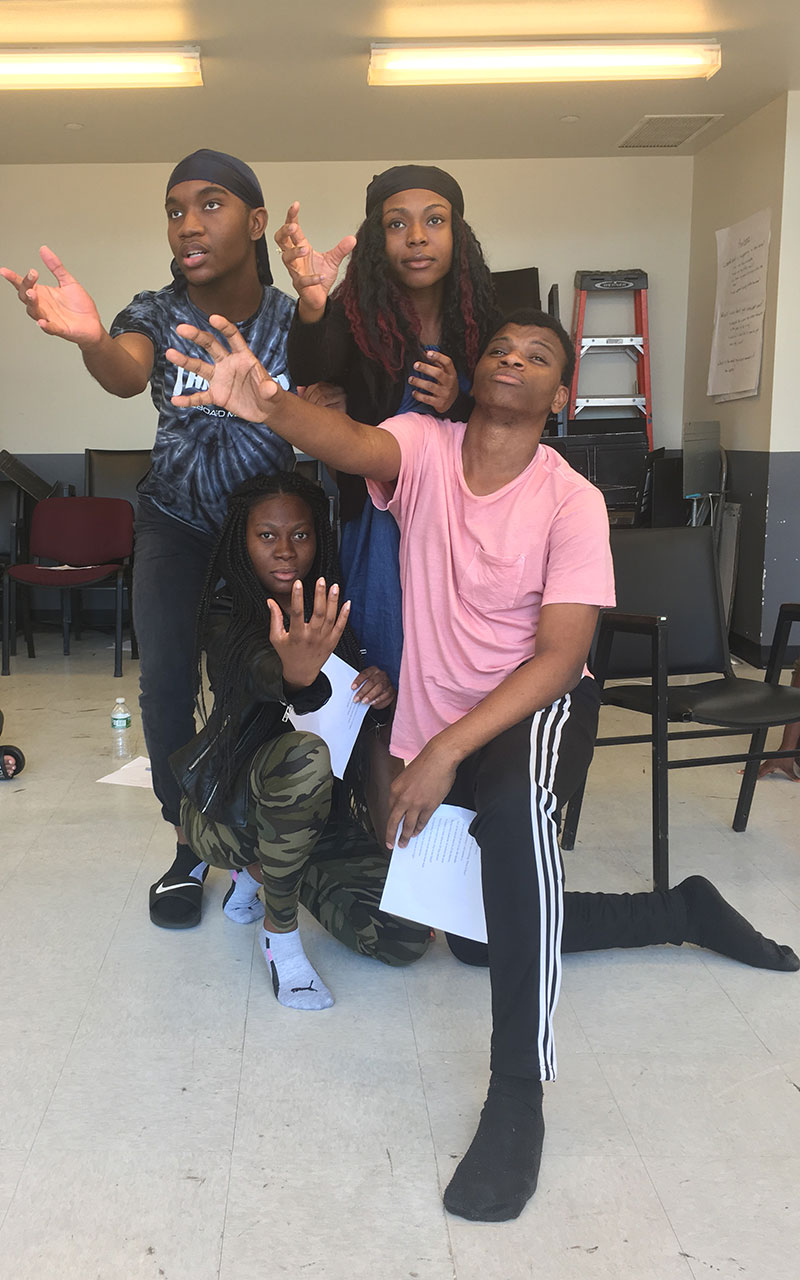 ON STAGE: Teens gain confidence and collaborative skills while expressing
themselves at an afterschool theater program run by Opening Act.

When young people fall behind or are too old for mainstream high school, they’re transferred to School District 79 to get their high school equivalency diploma and learn job skills. Until now, the arts have taken a back seat at “transfer schools.”

The Trust is working to change that. With a $150,000 grant, Opening Act will bring acting, improvisation, and theatrical writing classes to 17 transfer schools.

Because many of these students also have histories of trauma, addiction, and behavioral problems, our funding will support a social worker who can address their academic, social, and emotional needs as well.

Although the city requires transfer schools to help students prepare for jobs, they’ve had limited success. With $540,000, we’re funding JobsFirstNYC and New Visions for Public Schools to strengthen ties between schools and employers. For example: A partnership between an Upper West Side transfer school and a job placement organization will prepare students for pre-med studies and health careers.

This three-year pilot project is part of JobsFirstNYC’s strategy to reduce the number out-of-school, out-of-work young adults in New York City by intervening before they leave school.

“We’re working to stem the exodus of students leaving the system without any opportunity,” says Kevin Stump, a vice president at JobsFirstNYC.

Learn more about our impact in the arts and youth and workforce development.