Sports and Academics: A Win-Win 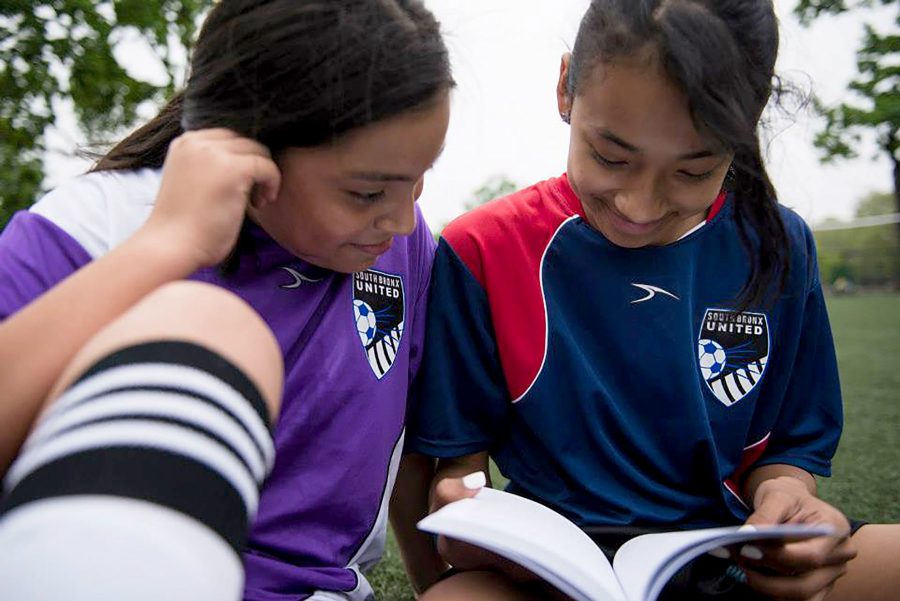 GOAL: Young players read a book about soccer before game time at a literacy day run by South Bronx United Academy, one of the 22 nonprofits we’re supporting with Heisman Trophy Fund. Photo by Amanda Berg

Kids playing squash in the Bronx? Mixing soccer with poetry in Harlem? Building boats in Brooklyn? Athletics are good for everyone, but when mixed with academics they can be especially beneficial to young people from poor neighborhoods or those with learning disabilities.

This year, the Heisman Trophy Trust, which awards the famed Heisman Memorial Trophy to the most outstanding player in college football, approached us to help with its charitable giving. Together, we identified effective nonprofits helping New York kids succeed in academics and sports. This fall, in our first round of Heisman grants, we gave $1.2 million to 22 groups in all five boroughs.

Examples: Brooklyn Boatworks engages teens in engineering, navigation, collaboration, and teamwork as young people build and sail wooden boats. With Harlem Lacrosse and Leadership Corporation, high school students learn lacrosse in between studying with tutors and exploring career paths. In the Bronx, CitySquash mentors 200 disadvantaged kids each year, from third grade through college, besides training them to play a game not typically seen in the Bronx.

“Sports are powerful,” says Roderick Jenkins, who oversees youth development grantmaking. “They teach kids skills that are essential off the field: discipline, focus, teamwork, and leadership. They provide mentors, friendship, and a sense of purpose.”