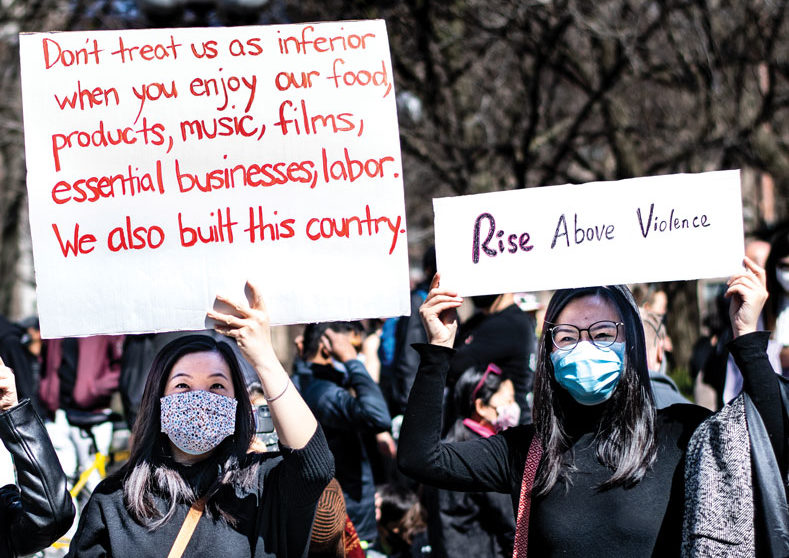 IN THE STREETS: Womankind staff participating at the Black & Asian Solidarity rally on March 21, 2021 in New York City. Photo courtesy of @chinatownvibes

As part of its ongoing commitment to making New York a better place for all, The Trust has made several grants to nonprofits to benefit Asian Americans, who comprise 16 percent of our city’s population. The grants address the rise of hate crimes and anti-Asian bias while working to increase civic engagement, support survivors of abuse, and improve housing security.

Since the outbreak of COVID-19, Asian Americans have been the target of 1,100 documented racially motivated attacks, and many more of these attacks go unreported. Community leaders say that as many as 90 percent of victims do not report incidents because of shame, language barriers, or fear of government authorities.

PREVENTING VIOLENCE
To prevent violence against Asian Americans, The Trust recently gave $250,000 to the Asian American Federation for a program that includes training residents and paid “ambassadors” to defuse potentially violent situations safely, defend themselves, and protect the vulnerable. The Federation will enlist local storefront businesses to become marked “safe zones” that provide shelter to residents who are confronted by the threat of violence on the street.

A Trust grant of $60,000 to Womankind will aid older Asian American women who are survivors of gender-based violence. Womankind will use the funding to provide online counseling, wellness services, and social activities, as well as direct constituents to emergency food, healthcare, and legal assistance. The group will train several of the women to counsel peers, lead workshops, and educate the broader community about the rise of anti-Asian bias. 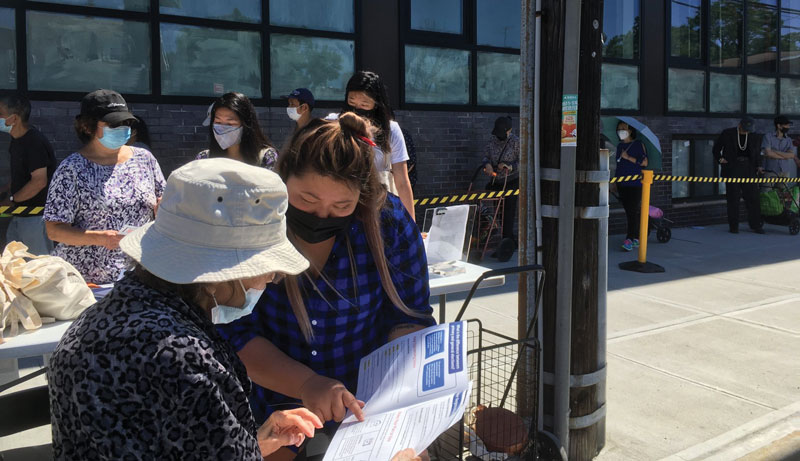 GETTING OUT THE VOTE
Asian Americans have some of the lowest election participation rates among the city’s demographic groups. The GoVoteNYC funder collaborative in The New York Community Trust is supporting the MinKwon Center for Community Engagement with a $135,000 grant to boost voting. The Center will be the lead organizer for APA VOICE (Asian Pacific Americans Voting and Organizing to Increase Civic Engagement), a coalition of 14 Asian American-led organizations. 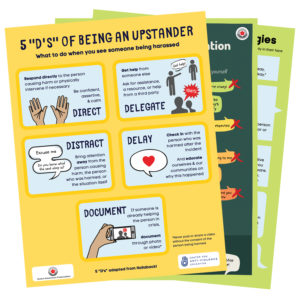 IN SELF-DEFENSE: With our grant, the Asian American Federation is training people to defuse potentially violent situations and use self-defense techniques. Shown are some of its training materials.

COUNTERING HARASSMENT
Along with the rise in anti-immigrant sentiments, including more aggressive actions by U.S. Immigration and Customs Enforcement, or ICE, some landlords have stepped up their harassment of immigrant tenants, who grew afraid of speaking out or going to authorities.

To counter this discrimination, The Trust’s Fund for New Citizens—a funder collaborative focused on helping immigrant New Yorkers—gave $70,000 to Chhaya Community Development Corporation to inform South-Asian and Indo-Caribbean tenants about their housing rights. Working from its two offices in Queens, Chhaya expanded its network of tenant associations and will offer more “know your rights” workshops and conduct additional leadership development among renters.

PARTICIPATING IN SCHOOL REFORM
With a grant of $80,000, the Asian American Coalition for Children and Families will work with 40 ethnic groups, who speak more than 100 different languages, to ensure their voices are heard in the often contentious debates about school reform in the city. Although stereotypes persist that all Asian American students do well on standardized tests and other measures of success, some parents—particularly those who have children with disabilities, who are recent immigrants, or who live in extreme poverty—do not know how to advocate for their rights or are fearful of speaking out.

The Coalition will work with 50 nonprofits that serve Asian communities to create culturally appropriate printed materials about education rights, host meetings to discuss policy and community concerns, and testify at relevant city hearings.