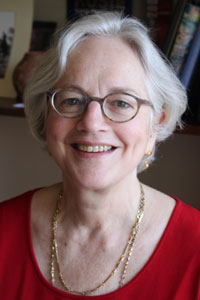 I grew up in New York City, and returned after college to begin a career in the anti-poverty programs that were just getting started in the early 1960s. Settlement houses and community groups we worked with so often proudly noted the support they received from The New York Community Trust that I began to wonder about this donor—what it was, who ran it, and how it reached so many interesting organizations. I asked around and heard such impressive reports that I stored away the name as a place I might someday be lucky enough to know well.

Luck did indeed help out, when in 1970 I joined the Ford Foundation as a research assistant and began to meet donors across the country. As I took on new and greater responsibilities at Ford, eventually becoming its president in 1996, I kept running into The Trust. Its president and senior staff helped me learn about philanthropy in New York and about the growing number of community foundations in the U.S. They helped me craft a set of partnerships between Ford, a national donor, and local community foundations, and they were an invaluable resource for knowledge about our great city and ways Ford could help improve opportunities for people needing assistance. Soon, I counted my Trust colleagues among my most valued professional friends, and they remain so today. 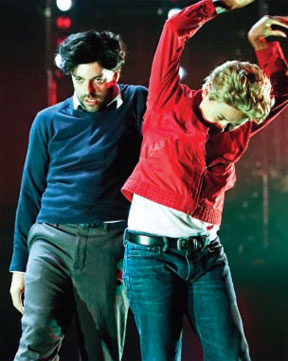 Several years ago, I established a fund in The Trust, named after my father who died when I was an adolescent. I wanted the convenience of making grants easily, and I hoped I could support artistic expression—something my father loved and did with vigor and delight. I have been proud to support established groups like the Metropolitan Opera, the Brooklyn Academy of Music, and Lincoln Center Theater. In addition, my fund has granted money for a new organization called United States Artists, which makes 50 grants of $50,000 each to artists in all disciplines each year reaching across all of the United States. The organization recently opened a web portal on which artists can describe projects for which they need support and through which individuals can make tax-deductible contributions to those projects. I see United States Artists as taking the extraordinary service The New York Community Trust offers, and adapting it to support individual artists all across the nation. The Trust makes grantmaking so easy, and also exposes me to the latest developments in philanthropy and the laws and regulations that govern it.

Our country has a marvelous philanthropic history and network, but we should not take its continued progress for granted. Each of us who values the freedom to give according to our interests and passions, and for long or short periods, should do whatever we can to ensure the protection of these essentials of personal giving. The Trust helps me do that, as I am sure it does for others.