Download PDF
The Legacy of Helen Merrill: A Love of Theater Lives On 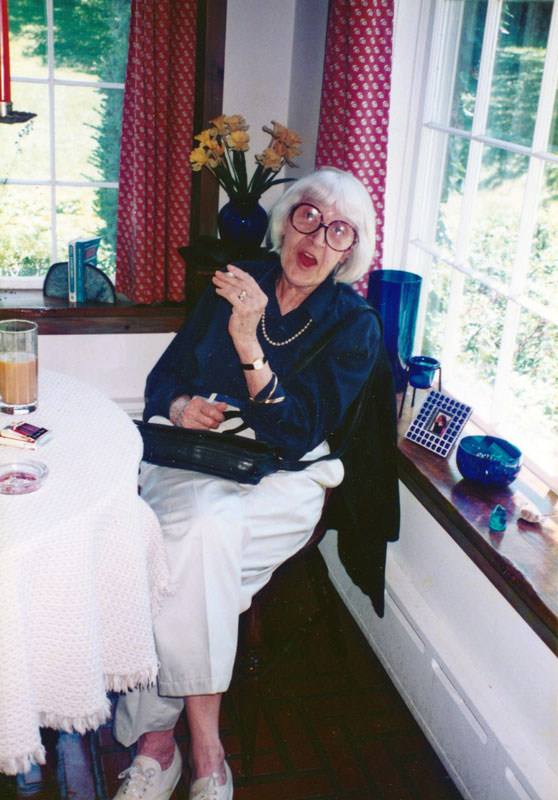 Helen Merrill sitting in the kitchen of good friend and client Christopher Durang.

The late theatrical agent Helen Merrill created a fund in The New York Community Trust to carry on her dedication to the creators of theater—playwrights.

Since 1999, The Trust has made 98 awards to talented writers, totaling $2.14 million, from the Helen Merrill Fund. These monetary awards give recipients the time and financial security to write. Both emerging and established writers are chosen by a committee of theater professionals, and are supported in all phases of their careers.

Several Helen Merrill Award recipients are former Van Lier Fellows, an art scholarship awarded to young artists and administered by The Trust. “For many artists, funding is a consistent concern,” says Kerry McCarthy, The Trust’s vice president for philanthropic initiatives. “We are proud to support artists at multiple points in their careers.”

The Helen Merrill Award for Playwriting is essentially the gift of liberation in process, which is invaluable.”
— Aleshea Harris, 2019 Award Recipient

Who was Helen Merrill?

A favorite Helen Merrill story has it that she took a seat at an off-Broadway show while puffing away on an unfiltered cigarette. 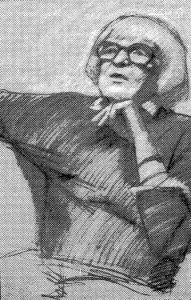 Sketch of Helen by Mark Beard

Indignantly, the house manager approached the tiny, elderly woman, protesting, “You can’t smoke here. This is a theater.” Unfazed, Helen Merrill exhaled and shot back, “That’s where you’re wrong.  I AM THE THEATER.”

Indeed, Helen Merrill, theatrical agent and mentor to scores of aspiring playwrights, directors, designers, and composers, was the theater! While she was not a force in the creation of glittering Broadway productions or Hollywood megamovies, she had a commanding presence in the world of alternative theater.

Helen took an adventurous approach to life even in her youth. She was born in 1918 in Cologne, Germany. The oldest of four children, Helen was known as the strong-willed rebellious one. “She was an early hippie,” remembers her sister, Anjelica Merrill Wender. Helen’s education was erratic—she dropped out of school several times, but did manage to learn photography.

While the family was vacationing in Yugoslavia, word came that Hitler’s armies were on the move. Determined to leave Germany, the Merrills boarded a ship to America in 1939.

Helen settled in New York City, where she tapped into her photography training to land a job as an apprentice to a commercial photographer. Eventually, she was able to open her own studio, specializing in portraits of prominent musicians and theater personalities.

Along the way, she formed an intimate relationship with the actor Anthony Perkins, which lasted for more than a decade. She was 14 years older than Perkins, and Charles Winecoff, in his biography of Perkins, portrays her in the role of protector to the temperamental young movie star. 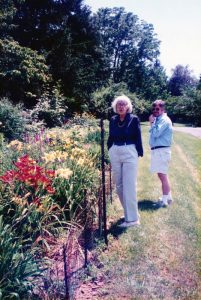 The relationship eventually foundered. Helen moved on and soon began a new career, this time as a literary agent. This led, in turn, to her lasting commitment to promote the fortunes of a crowd of young playwrights trying to make their way in the New York theater world. Already in her mid-fifties, but tireless and dedicated, she established Helen Merrill Ltd. in the late ’70s.

To be taken on as a Merrill client was no simple business arrangement. Helen did not believe in signing contracts with her talented young clients—it was always an unwritten arrangement of personal trust. Frequently, she dipped into her own funds to support a client experiencing a bad time—a habit that worried her attorney, Maurice Greenbaum. Still he admiringly called her “Helen the generous.”

She was absorbed in the work, often remaining at the office until midnight. “Her enthusiasm was in discovering a new talent,” said Patrick Herold, a partner in her agency. “It is as if she became recharged each time she did. She was less interested in the goal of stardom on Broadway or managing a crossover to a Hollywood contract.”

Her impact can still be felt in the world of off-Broadway today.  “She attracted some of the most imaginative and individual voices of the contemporary American theater and served as a vital conduit for new talent,” concluded Gerard Raymond, a Merrill biographer.

A measure of her success was the salute from the WPA Theater on April 22, 1996. The WPA directors dedicated a fundraising benefit to Helen Merrill. It was a gala occasion held at the Copacabana. Celeste Holm performed—she had been a hit in the Broadway play “I Hate Hamlet,” playing an eccentric agent modeled on Helen. And playwright Christopher Durang sang newly minted lyrics dedicated to Helen. The guest of honor was thrilled.

Seventeen months later, Helen Merrill passed away on August 17, 1997, at the age of 79, due to lung cancer.

As her health began failing, Helen worried about who would look after her young clients, as if they were about to be orphaned. She left virtually all her resources to create the Helen Merrill Fund in The New York Community Trust to provide awards to talented playwrights who need financial help to continue their work.

Helen Merrill is still THE THEATER.

An advisory committee composed of five leaders in the field of theater nominate and determine recipients for the Helen Merrill Award for Playwriting. Recipients are chosen based on talent, recent works, and need. The New York Community Trust hosts an award reception in the spring.

“The committee has always been populated with passionate individuals who love theater, and particularly playwrights.”
— Emily Morse, advisory committee 2019 chair 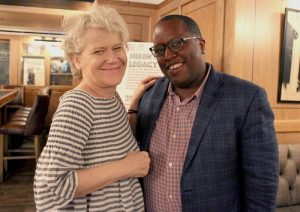 The award is unique for not having an application process, nor stipulations for the prize money. 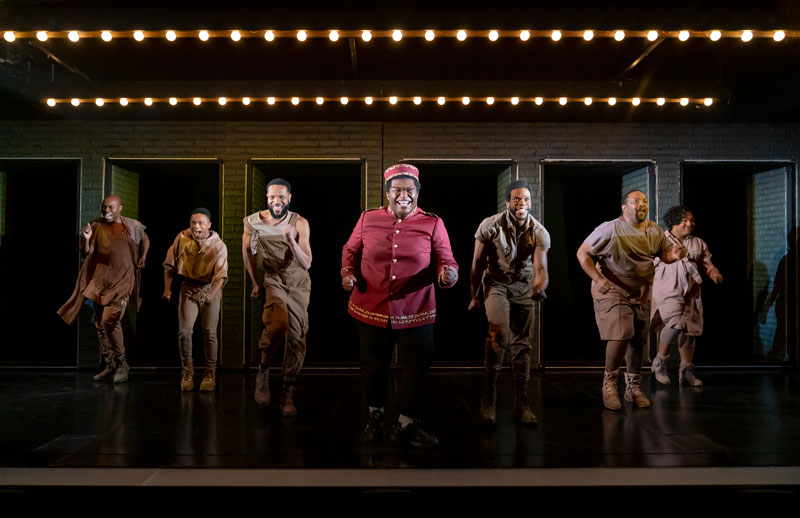 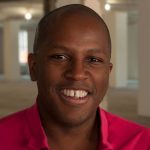 “This award allows me to do some long-term financial planning as well as organize (and enjoy) my life a bit. It confirms my belief that musicals can and should have the same integrity and depth as plays.” 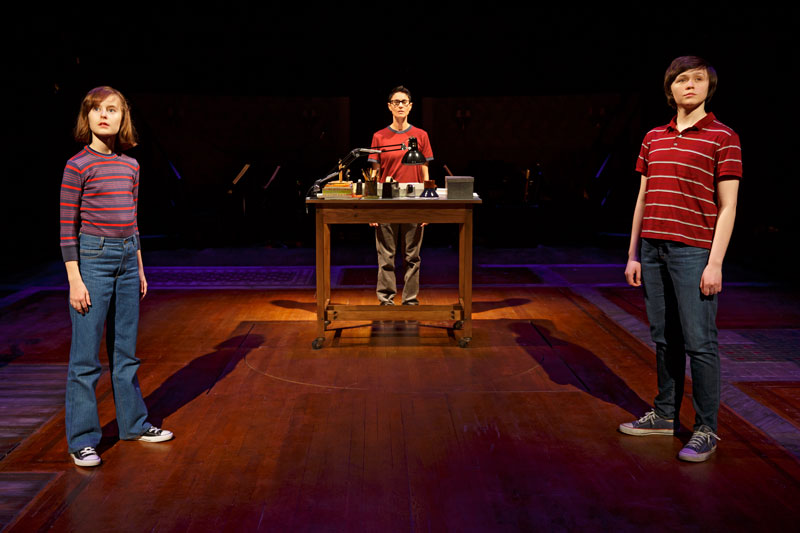 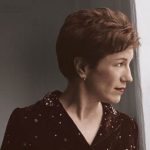 “The Helen Merrill Award is a sustaining vote of confidence for a playwright, a financial lifeline, and an incredibly moving connection to the legacy of a true theater legend.” 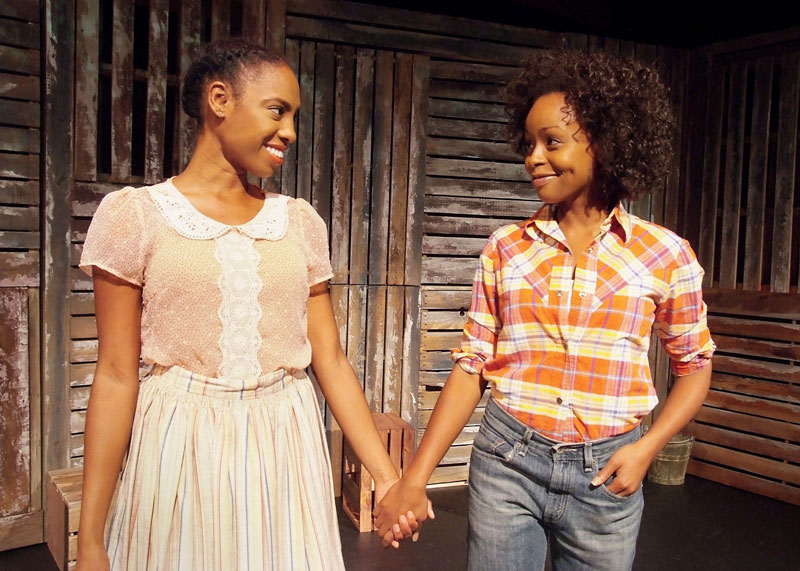 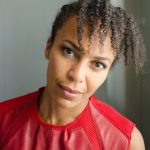 “As a young black woman socialized to doubt the value of my own work, the Helen Merrill Award encouraged me to consider how significant my vision might indeed be to the world at large.” 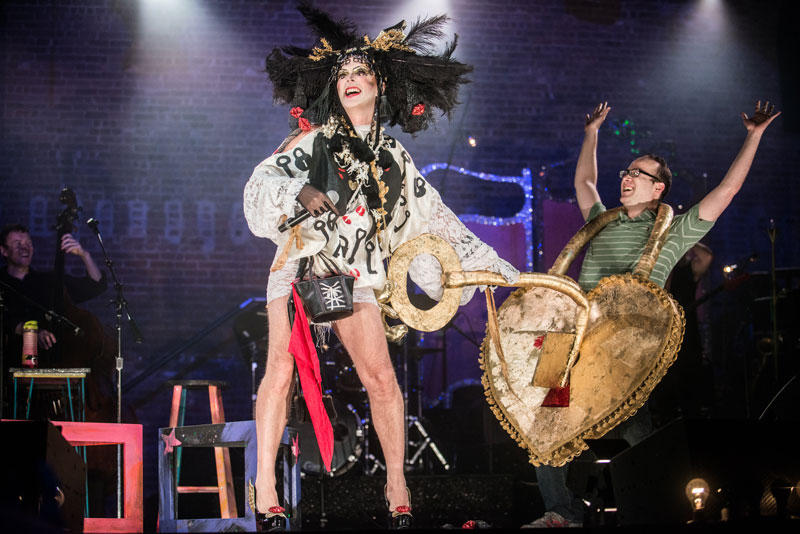 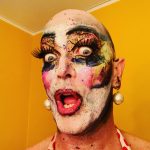 “By supporting the kind of playwrights who are challenging the status quo, the Helen Merrill Award has created a support system—you could call it a movement—of artists who deeply consider the world around us.”

The following are the recipients of the Helen Merrill Award for Playwriting, which includes a cash prize of up to $30,000.