The Next Generation of Environmental Leaders

Environmental organizations have long struggled to attract and retain a diverse workforce. People of color only make up 12 percent of the U.S. environmental workforce, compared to the 36 percent of the population. To address this underrepresentation, the Environmental Grantmakers Association and the University of Michigan developed a fellowship program that would place graduate students in prominent environmental organizations and foundations allowing them to develop their careers as the next generation of environmental leaders and decision makers. This year, The New York Community Trust has supported the fellowships of three students. Below are their reflections on diversity in the field and their experience in the program. 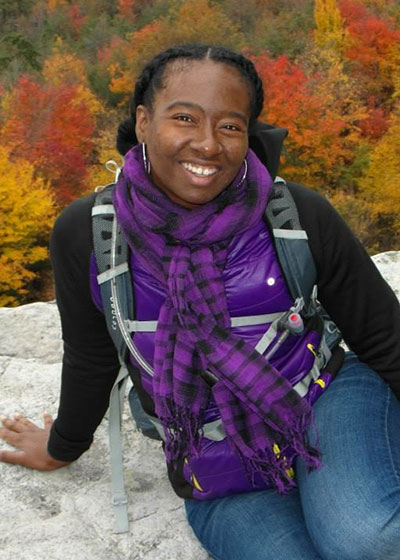 Tiffany spent nearly a decade in international education before deciding to become more directly involved in creating the policies she felt were necessary to improve the lives of her students. After completing her Master’s degree in Public Policy & Management at Carnegie Mellon University’s Heinz College next spring, she hopes to use her talents for working across departments and cultures to help vulnerable communities become more climate resilient. She is the President and Founder of CMU in Puerto Rico (http://cmuinpuertorico.org) which teaches students about community-led sustainable disaster recovery as they complete service-learning projects around the island over spring break.

This is because mainstream environmental groups have not fully adopted the new definition. Their funding in communities of color usually targets a very narrow range of activities, such as community gardens, tree plantings, and air pollution monitors. In short, they have expanded their focus from saving faraway nature to include the reintroduction of nature into places where people live. However, they still do not try to save the actual homes of the people living in those places or their places of historic and cultural significance. They don’t try to save their jobs, and they don’t try to save the public spaces where they reaffirm their ties with their community.

A campaign to save a forest would be different. There would be studies to ascertain which trees were the oldest, strongest, most disease resistant, and most vital to preserving the species diversity currently present. Special care would be made to protect the mother trees that can feed and educate the younger trees in times of drought or pest invasion via their well-developed mycelial networks. Some activists would chain themselves to trees to prevent them from being cut down. Technologists would devise ways to remotely count the trees and show the world in real-time where losses occurred. And economic- and policy-minded people would work on international agreements to incentivize the forest’s protection.

No one tries to save forests by building small cities in them. So why is the construction of small parks and gardens the most popular plan for saving urban communities?

For the environmental movement to truly become a welcoming place for people of color, it needs to dedicate the same level of research, funding, and activism to save the places they live as it does to save forests. Environmentalists must be as concerned about saving the heart of our planet as they are about saving its lungs.

Social justice and civil rights issues are environmental issues, too, and groups working in those spaces need the support of environmental groups. Black grandparents need help staying in their homes so they can pass down the community’s history. Parents need jobs and healthcare. Youth need proper nutrition and space to grow. Minorities need activists using their bodies to protect them from harm. Agreements are needed to preserve the diversity of a neighborhood. And technology is needed to measure and call attention to the real-time loss of affordable housing.

Only when the environmental movement protects both natural and human habitats will it be unified. 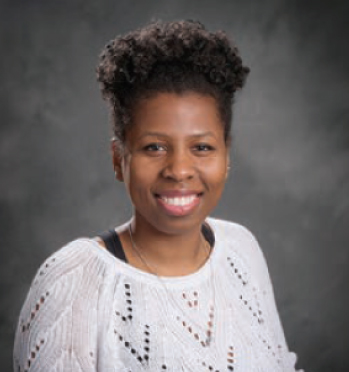 Gloria Desanker is a Master’s candidate in the Michigan State University Forestry Department. She received her Bachelor’s of Science in Environmental Science from the University of Virginia. Gloria worked with The Nature Conservancy in New York City and was supported by the New York Community Trust. Her research objective was to map and visualize tree canopy loss scenarios based on regulations surrounding one-to-two family home residences. The project highlighted the lack of regulations that protect trees on private land, even though a large portion of NYC’s trees reside there. Her Master’s research uses remotely sensed data and GIS to analyze regional scale phenology in savanna type regions in East Africa.

Diversity in the Environmental Field – By Gloria Desanker

As a child, I never had a role model in the environmental field, and needless to say, never had one in forestry. That did not hinder me from pursuing the field I am in now, but I have seen it terminate others from pursuing opportunities. Now that I’m all grown up, I realize that the environmental field has been and continues to be a predominately white male field. And because of this, people who have historically underrepresented identities feel undervalued and abstain from seeking these jobs.

Even though my focus at the NY office was to map tree canopy loss scenarios and review development policies, I managed to inquire quite a bit of information about TNC’s efforts to achieve an equitable and inclusive organization. I talked to some of their Global Diversity and Equity team, the co-leads for the League of Employees of African Descent (LEAD) resource groups, got the opportunity to sit in on and participate in a Diversity, Equity, and Inclusion (DEI) steering committee, and found a video interview with Dr. Carolyn Finney whose work has helped develop greater cultural competence in organizations.

I see TNC as an exemplar of what other organizations should aspire to be. TNC has made some valiant efforts in identifying barriers to DEI such as the language used when speaking of or to partnering organizations, integrating bias training into hiring practices, acknowledging TNC’s sordid past which lacked inclusion, and starting to have the necessary conversations that lead to a change in culture. There are still many more strides that need to be taken, though I think a lot of what I learned made me question the framework of how all of these initiatives were being established. I have usually thought of DEI as a bottom-up approach: hire more people of color and people with diverse perspectives. But what would it look like to take a top-down approach?

As a black female in the forestry department at Michigan State, I have raised many eyebrows and received condescending and irreverent queries such as “I could never imagine you outside in a forest.”  To be fair, why would they? What is known about a field like my own, is that “Black people don’t…” Though fault does not lie solely with the majority. There are some self-perpetuating reasons that people of color do not pursue environmental careers: collective memories of race and culture, lack of representation, fear of repercussions of being the only one. Inclusion is not widely accepted by employees even though the vision statement of an organization indicates support. This raises the question: what is needed to impose a change of culture at all levels?

My experiences as a black female in the environmental field have fueled my interest to see how organizations like The Nature Conservancy (TNC) work to reverse stereotypes around black Americans’ perceived lack of relationship with nature. As I get more experience with NGOs, I’ve noticed that many are starting to realize the need to take a facilitative approach with engaging and including diverse communities. I look forward to seeing how these initiatives take action and prescribe the necessary change. 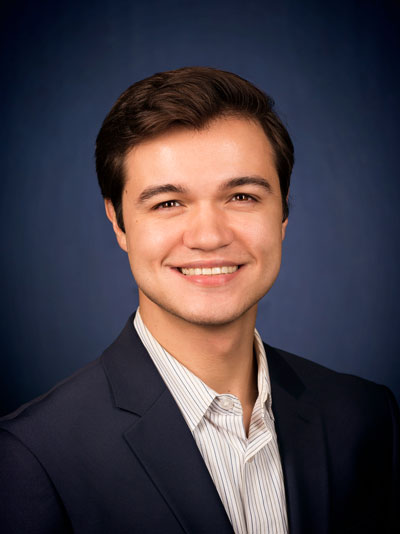 From a childhood in Tanzania to graduate school at the University of Michigan, Christopher Askew-Merwin has lived and worked across cultures and disciplines. A dual-degree student pursuing a Master of Science in Environmental Justice and a Master of Public Policy, he has worked in a wide range of areas including water insecurity in Detroit, air pollution in India, and fossil fuel development in New York. He has studied the interconnected nature of poverty, development, health, and environment at international, regional, and local scales. This summer Chris was elated to work with the Natural Resources Defense Council in New York City.

Problems Without Borders – By Christopher Askew-Merwin

As the son of an anthropologist, I was exposed to a wide diversity of human experience and culture from a young age. From Tanga, Tanzania to Ann Arbor, Michigan, I learned quickly that human similarities are far greater than our differences, regardless of race or socioeconomic status. But even as a child, economic, health, and educational injustices were glaringly apparent and troubling to me. Upon entering college at the University of Michigan, I quickly became drawn to coursework that helped me better understand these inequalities and the systems and theories that could be used to rectify them. I took coursework in ethics, law, health, policy, development, and yes even anthropology. All to better understand the issues that  I first noticed as a kid. But these are complex systems and wicked problems.

Climate change is inexorably linked to global inequality, pandemics, and food insecurity. These issues form a tangled web so convoluted that trying to pull one strand loose could cause another to snap. I graduated with an interdisciplinary environmental science bachelor’s degree that left me with an overwhelmingly surface-level understanding of the interactions between human society and the environment. I needed more training to delve deeper if I ever hoped to gain enough insight to be of use in these arenas.

I decided to return to the University of Michigan and enrolled in the School for Environment and Sustainability to pursue a Master of Science in Environmental Justice. This program gave me all the knowledge and training to understand issues of inequity at a more fundamental level. But I realized that identifying and understanding injustices was only half the equation. To change the status quo, I would need to gain a fluency in policy and program solutions. This led me to add on a Master of Public Policy at the Gerald R. Ford School for Public Policy. With these two programs, I now feel better equipped to tackle complex and critical issues such as affordable water access in Detroit, the focus of my master’s project.

This past summer I had the privilege to put these skills to work for the highly respected Natural Resources Defense Council (NRDC). There I saw scientists, policy advocates, analysts, and lawyers working together to protect our environment and our communities. I was able to work with multiples teams to combat a new proposed natural gas pipeline in New York, protect the Delaware River Basin from fracking, and improve the efficacy of air quality alerts in Ahmedabad, India to protect human health.

The work that we in the environmental community do is not easily siloed to environmental science. We work on human health, diversity, energy, economics, conservation, poverty… you name it. The global community needs an interdisciplinary perspective and an intersectional mentality to tackle these interconnected issues. I have found exactly that in my education, in the other fellows of the Environmental Fellowship Program, at the NRDC, and here at the Environmental Grantmakers Association. Thank you for not shying away from the complexities that we face.