When Research Makes a Difference 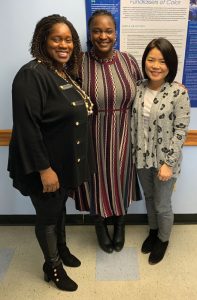 Report leads to new program for fundraisers of color

Fundraising—or “development,” as it’s called in the nonprofit world—can be a tough job for anyone. As a development director, the health of your organization rides on your shoulders, and being able to build trusting, personal relationships with executive staff, foundations, and wealthy individuals is essential.

With $140,000 in grants from The Trust, Cause Effective released a 2019 report, Money, Power and Race: The Lived Experiences of Fundraisers of Color. Those interviewed shared challenges in their roles and often experienced isolation and difficulty finding mentors and other people of color in the profession. Now, Cause Effective is running a first-of-its-kind program to provide support to development professionals of color to help them thrive at work and build their expertise as leaders in the field. 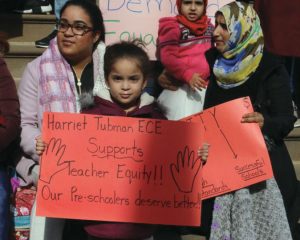 Pre-kindergarten teachers working outside of public schools but under city contracts were being paid far less than those teaching within public schools—in some cases, the pay difference was as much as $35,000 a year.

After years of advocacy, the city reached a deal in 2019 with the union representing these teachers to achieve pay parity by October 2021. The city began their commitment with incremental salary increases for the 2019–2020 school year.

The deal was reached, in part, due to the research funded with $130,000 by The Trust’s Early Childhood Partners NYC Fund and conducted by the New School’s Center for New York City Affairs and the United Neighborhood Houses.