Why Clients Trust The Trust: A Memo from Attorney P. Gregory Hess 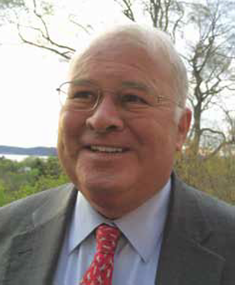 I’m a big believer in The New York Community Trust, and I’ve referred many clients to The Trust in the past 40 years.

Clients who open donor-advised funds in The Trust have always been very satisfied with their decisions. Many clients also see the long-term value of using The Trust staff’s grantmaking skills to identify organizations that meet their particular interests; those clients create field-of-interest funds. For example, a client wanted to honor his brother, so he set up a fund to research heart disease. Every year for more than two decades, that fund has supported the work of scientists. Because The Trust combines this money with other donors’ funds, it does even more good.

Another example: One woman wanted to honor her mother, who loved animals. So, in her will, she set up a field-of-interest fund at The Trust in her mother’s memory to care for animals. Every year, The Trust determines where the grants go. Some of the money has paid for veterinarian care for guide dogs for the blind.

Some clients, such as those who don’t have a spouse or heirs to decide on grants after their death, start with a donor-advised fund, which they advise during their lifetime. Later, the fund becomes permanent, and keeps working in perpetuity. In other cases, clients—including some with large estates—might be very interested in a particular charitable organization. When we discuss their plans, they realize the charity’s management might change over time, or its emphasis might shift. It’s possible that a contribution intended to go to programs might be used by the charity to pay for administrative expenses, or bricks and mortar. Who will make sure an outright bequest is used the way the donor intended? The Trust’s oversight ensures continuity. That is a major reason clients ultimately decide on The Trust.

I remember when I first heard about The Trust, several years after the federal charitable tax reforms of 1969. The government had increased compliance rules for private foundations. Some families didn’t want to deal with the administrative headaches—they had to keep track of all expenses, worry about inadvertent self-dealing issues, and make sure they gave away the right percentage of the fund every year. The Trust made sense, and the fees were modest.

These days, some clients are closing private foundations because their children or grandchildren aren’t interested in taking over, or don’t have time to distribute the grants, let alone invest the principal. I tell them there’s an alternative: The Trust is an excellent resource for them—and for New York.

P. Gregory Hess, a trusts and estates lawyer, is a partner at Davidson, Dawson & Clark LLP in New York City. He earned his BA at Princeton, his JD at Yale Law School, and a Master of Laws in Taxation at New York University. He and his wife live in Westchester.