For more than nine decades, The New York Community Trust has helped generous residents endow charitable funds to support the causes they care about, and discover the most effective way to give back to their community.

We are New York’s community foundation.

In places including Staten Island—which has a serious heroin addiction problem—we’ve worked to see that those in treatment also get help with mental health, housing, and child care.

Qualifying for free lunch in New York’s schools carried a stigma, which affected learning and kept stomachs growling. To make sure students have fuel to learn, we backed a successful campaign to bring free lunch to all public school students regardless of family income.

Businesses in East New York, Industry City on the Brooklyn waterfront, and the Brooklyn Navy Yard are hiring local residents, including those from public housing, thanks to funding we have provided for training and placements.

With our support, Planned Parenthood opened its first clinic in Queens, where inadequate access to primary care leaves many women without family planning services.

We make sure that artists can afford to stay in the city by helping create affordable live/workspaces like the conversion of PS 109 in East Harlem.

From Yonkers to Peekskill, we help hundreds of Westchester teens prepare for colleges while others train for careers that do not require college degrees.

We bring together family foundations, nonprofits, and others to aid unaccompanied immigrant children across Long Island, and to help other immigrants get out of the shadows.

HOW WE GET RESULTS
There’s no single way to approach complex challenges such as homelessness, childhood development, or criminal justice reform. It requires a mix of advocacy, innovation, leadership, and research, to name a few strategies.

Billions of public and philanthropic dollars are spent on programs that help children, youth, and adults overcome obstacles and lead productive lives. By supporting new approaches to education, employment, or health services—and rigorous assessments of the outcomes—our grants contribute to the collective knowledge of what works and what does not. Our grants help nonprofits continuously improve the services they provide.

By combining the experience and networks of multiple funders, we are able to tackle new problems that arise, such as the opioid epidemic; address large areas that require new approaches, such as workforce development; or help entire communities, such as immigrants. We get more attention and channel more money, expertise, and attention when we work together with our funder colleagues.

Whether helping to roll-out a successful pre-K program, generating resources for small arts organizations, or improving health outcomes, formal and informal relationships with City government go a long way to achieving results. Our grants support new projects that government can then expand, help communicate results to the field, or provide the flexibility that leverages larger government resources.

Systemic change often can only be achieved through efforts to change or establish new public policies or programs. Advocacy combined with savvy lobbying at the city, state, or even federal level accomplish policy changes over time. Our policy support in education finance, criminal justice reform, environmental health, and community planning and zoning have all yielded lasting improvements.

None of our grant objectives can be achieved without a vital nonprofit sector. Our capacity building efforts have included large-scale programs to promote management excellence, train mid-level managers for leadership positions, and help nonprofits negotiate better public contracts.

RESULTS FOR DONORS
To harness the collective generosity of New Yorkers, The Trust combines gifts from donors over the past nine decades. That way, our collective impact is greater. This page spotlights three examples of what donors’ gifts to The Trust have accomplished, and our Newsroom has even more.
See Latest Stories 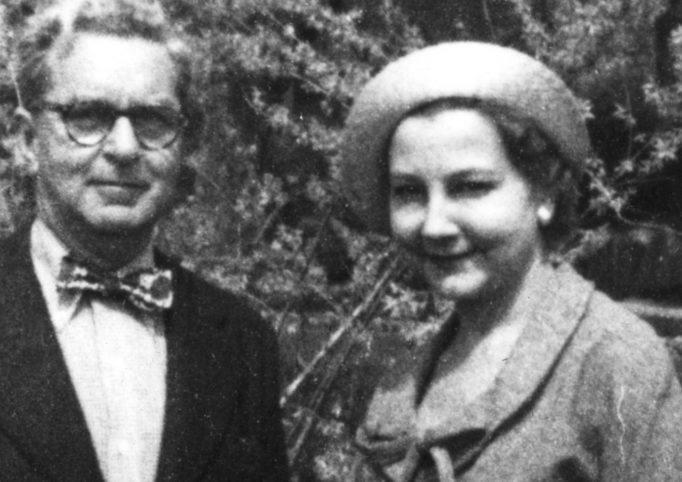 Sally Van Lier knew what it was like to be a struggling artist. Starting out as an actress, she and her husband Edward, a real estate investor, were passionate patrons of the arts long after she left the stage. After Edward’s death in 1978, Sally told The Trust she wanted to set up a fund to help talented, aspiring artists, especially those with very little money.

That led to the Van Lier Fellowship, which offers emerging artists financial assistance, mentoring, studio space, and other help. Since 1991, more than $17 million has been awarded for fellowships through 100 arts training groups, ranging from well-known institutions such as Manhattan’s Alvin Ailey American Dance Theater to smaller groups such as the Ghetto Film School in the Bronx. About 2,000 artists have been Van Lier Fellows. One received a MacArthur “genius grant” and another won a Pulitzer Prize. 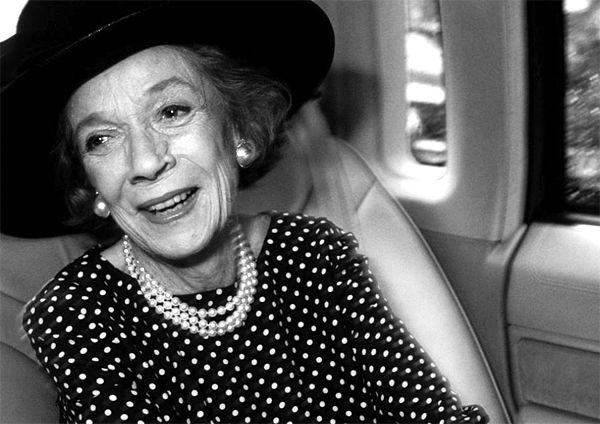 The formidable “First Lady of Philanthropy” gave money from her private foundation to The Trust. Later, $45 million from her estate started the Brooke Astor Fund for New York City Education. Because Astor cared deeply about literacy, this fund is going to nonprofit groups that help children in poor neighborhoods learn to discover the joys of reading.

An advisory panel—with experts from the Harvard Graduate School of Education and NYU’s Steinhardt School of Culture, Education and Human Development—guides us as we study how to increase reading comprehension and expand vocabulary. Early results are promising, and we think the doyenne of philanthropy would be proud of this legacy. 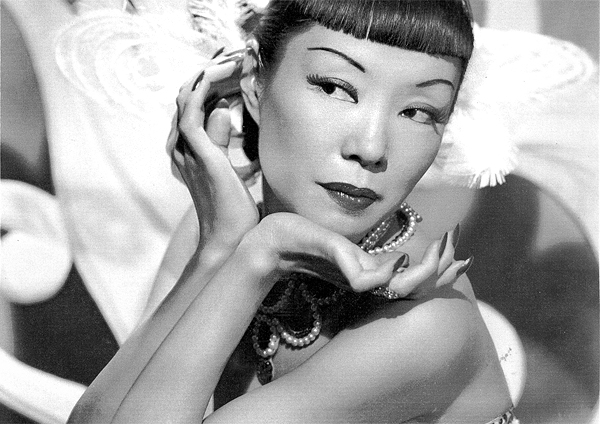 Growing up in California’s gold country, Jadin Wong pined to go into show business. As a teenager, she climbed out of her bedroom window and joined a touring company, performing with a young Danny Kaye before being caught by a truant officer. Over the years, she danced in Europe, appeared in movies including “The Pink Panther,” and befriended stars such as Noel Coward.

Her travels increased her determination to help others with no contacts or money. Before her death, she started the Jadin Wong Educational Fund in The New York Community Trust, specifying that the money should go to artists, musicians, and dancers of Asian descent. Since then, the fund has enriched the arts and helped artists follow their passions.

TOGETHER WE CAN MAKE AN IMPACT 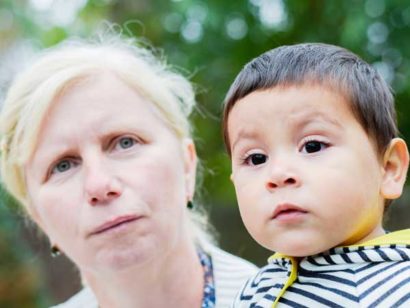 Learn more about how we address poverty 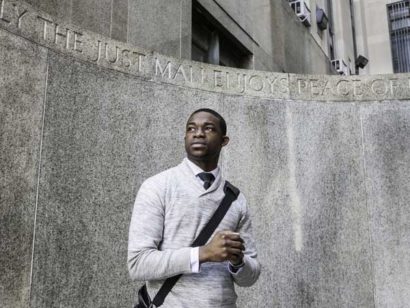 Learn more about how we fight for justice 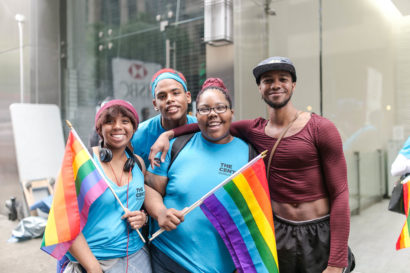 Learn more about our work with the LGBTQ community 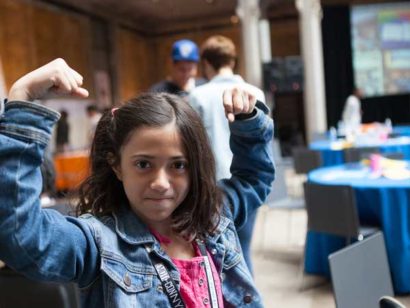 Learn more about how we help young New Yorkers 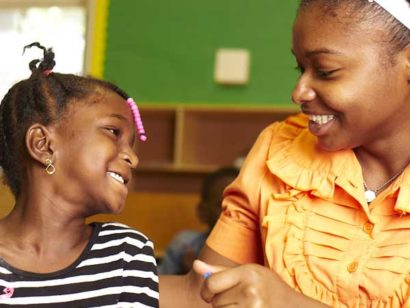 Learn more about how we make schools better 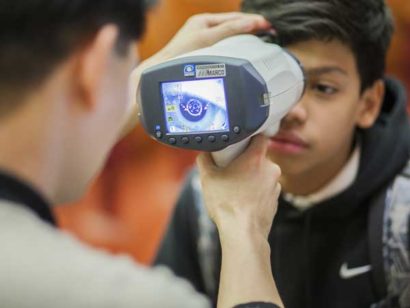 Learn more how we improve the region’s health 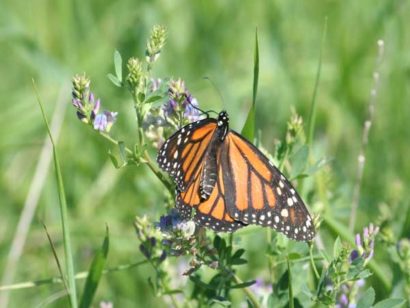 Learn more about our commitment to our planet 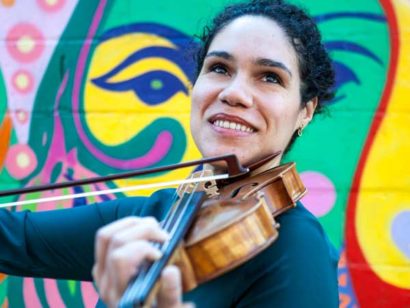 Learn more about our work to boost the arts and artists 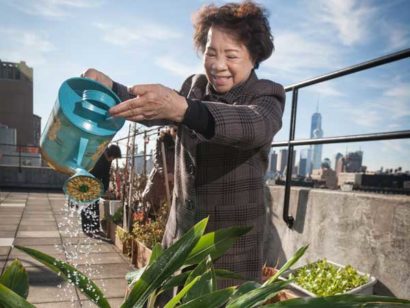 Learn more about how we help older New Yorkers
We're Here to Help You
Questions: Contact Us