BRINGING FOUNDATIONS TOGETHER
For almost 40 years, The New York Community Trust has brought foundations together to address thorny issues facing New York City. We have partnered with more than 140 funders through 21 collaboratives, distributing $121 million. Some of these collaborations focus on sharing ideas; others are more structured, with governance and administration shaped to fit the collaborators’ needs. Some have a brief life addressing an immediate issue, while others last for decades. Read about the impact of 40 years of funder collaboration in our report "Stronger Together: The Power of Funder Collaboration."

The Foster Care Excellence Fund was established in 2017 to help more foster care agencies participate in “Home Away From Home,” an initiative of New York City’s Administration for Children’s Services that aims to increase the number of foster children living with relatives, or “kin,” and improve foster parent recruitment, training, and retention. To this end, the Fund is providing grants and technical assistance to five foster care agencies that are working in tandem with “Home Away from Home.” In addition to placing more young people with kin, the agencies are working to improve the process for matching children with prospective families, better support current and prospective foster parents, and help more young people establish permanent connections to families.

In 2019, the Fund turned its attention to a different challenge facing young people in foster care: the lack of stability and support for young people who are aging out of the system. Working with a group of foster care agencies, the Fund has developed a plan to scale a comprehensive approach to serving young people up to age 26 that uses a proven coaching model. The goal is to secure public funds so the model can be provided to approximately 7,000 current and former foster youth a year. This work aligns with the recommendations of the City’s Foster Care Interagency Task Force, which has endorsed expanded services young people in the foster care system, from middle school up through age 25.

In addition to The New York Community Trust, the Foster Care Excellence Fund’s members include:

A recent press release about the Fund’s grantmaking is available here. 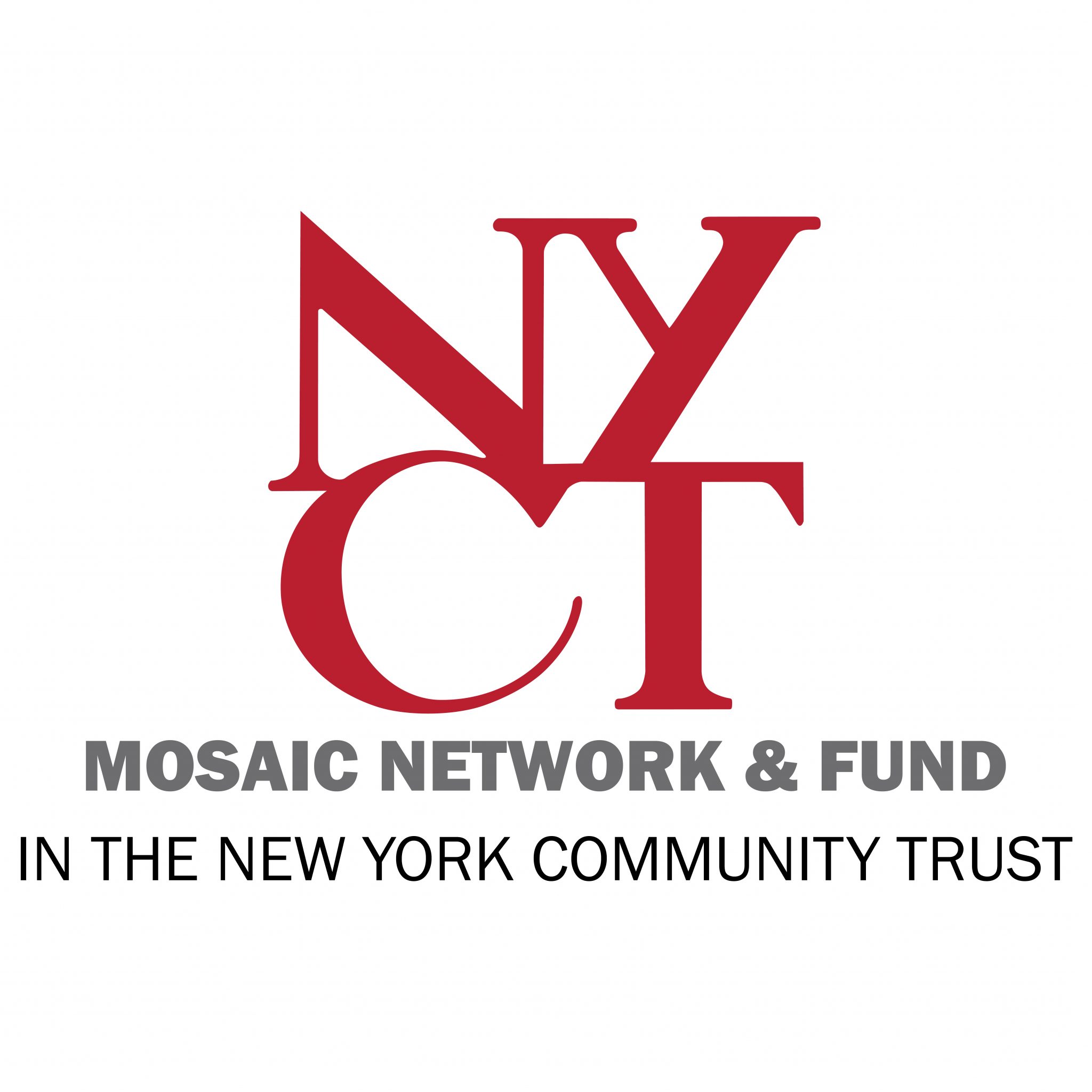 In 2017, The Trust and the Doris Duke Charitable Foundation co-commissioned a report from Yancey Consulting to understand the health and viability of African, Latinx, Asian, Arab, and Native American (ALAANA) arts groups in New York City. Using data on groups’ finances, operations, and programmatic outputs, the study demonstrated an urgent need to address ALAANA arts groups’ thrivability. Soon after, in 2018, the Mosaic Network and Fund (the Fund) was established to direct more resources to arts groups that are led by, created for, and accountable to ALAANA people. With values rooted in racial equity (and acknowledgement of the need to also address other forms of oppression), the Fund aims to:

In 2019, the Fund will host a series of learning exchanges to connect funders with ALAANA arts practitioners and facilitate mutual learning and community building. After, it will launch a program to provide multi-year flexible grants alongside other strategies to enhance ALAANA arts groups in New York City.

For more information about the Fund, please contact Salem Tsegaye at snt@nyct-cfi.org. 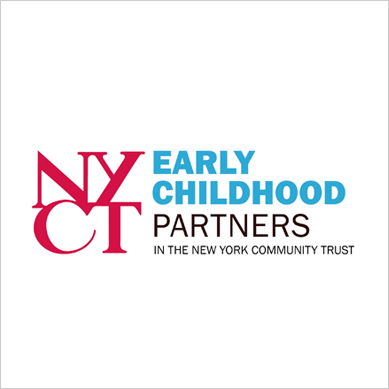 Preparing the youngest New Yorkers for a lifetime of success

In 2017, The Trust brought together a group of funders called Early Childhood Partners NYC, which is committed to preparing all New York City children for lifelong success. Their goal is to expand access to effective early childhood services and improve the systems that influence the wellbeing of young children, especially those from low-income families.

Research shows that children from poor families who participate in quality early childhood programs are more likely to complete high school, have stable jobs, and earn higher wages. They’re also less likely to be involved with the criminal justice system or receive public assistance as adults. Lack of access to these services contributes significantly to the achievement gap: It is estimated that up to half of children who fail at school can be linked to gaps in quality care and education for preschoolers.

While New York City has led an impressive expansion of prekindergarten, it has not yet created an integrated system of high-quality services for all children under the age of five. City agencies responsible for early childhood programs historically have operated in isolation, with conflicting regulations and requirements for providers. There are significant gaps in services, and quality is inconsistent, mostly due to inadequate funding and a workforce that needs better and more specialized training.

To address these problems, the Partners work closely with public officials, researchers, practitioners, and other leaders in early childhood and related fields to expand proven and promising approaches, test new ideas, improve systems, conduct research, and advocate for policy change.

The Partners make grants to pool funding through a collaborative fund at The Trust. It is  guided by a steering committee that meets quarterly. General members, who contribute at a lower level, are encouraged to participate in networking and learning activities, and align their grantmaking with collaborative projects.

Grants made by the Partners support: 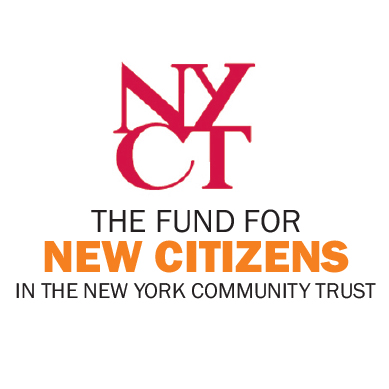 Helping on the path out of the shadows

The Fund for New Citizens was established in 1987 after passage of the Immigration Control and Reform Act of 1986. The Fund coordinated foundation efforts to help the City’s immigrants understand and benefit from the new law. At the same time, it seeded the New York Immigration Coalition, now a statewide group of almost 200 immigrant-serving nonprofits.

Since inception, the Fund has continued to help the City’s immigrants understand and respond to complex and oft-changing immigration laws and policies. It has made more than $20 million in grants to groups across the five boroughs that reflect the racial and ethnic diversity of the City’s immigrant populations. Its grants support advocacy for policies that benefit the City’s immigrants, capacity-building for immigrant-led groups that anchor this advocacy, and affordable immigration legal services. Also, it provides opportunities for foundations to learn about current immigration issues and coordinate funding that reaches immigrant groups more effectively.

To find out more about the Fund for New Citizens, download our report. 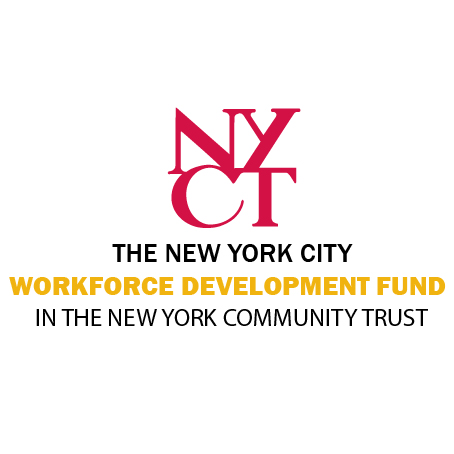 In 2001, a group of foundations established the New York City Workforce Funders. Their goal: to make the City’s workforce development system more responsive to the needs of workers and employers. The funders, now numbering 75, meet quarterly, along with colleagues from key public and nonprofit groups to share ideas and information.

More a dozen foundations make grants to a collaborative fund at The Trust to develop joint projects that test innovations or provide management assistance to many of the more than 140 nonprofits that train New Yorkers for jobs.

The Fund’s first two grants were used to help youth employment organizations manage dramatic increases in federal funding in 2001, and to build the financial systems of workforce organizations. In 2004, the Workforce Funders joined with the City’s Department of Small Business Services to focus on the health care and biotechnology sectors. That collaboration led the City to design several its employment programs to growth sectors of the economy, making them more effective.

The City’s job market has seen dramatic shifts in recent years. Some industries have disappeared, while others are expanding and need skilled workers. Many of the City’s new jobs are in lower-paying industries like hotels, restaurants, and retail. But big, fast-growing technology companies also are adding jobs—think Amazon and Google—and hiring skilled workers at a rapid pace. Meanwhile, the need for health care workers continues to grow. New Yorkers need to be trained for all these new jobs.

In 2013, the Workforce Funders commissioned the Re-Envisioning the New York City Workforce System Report, which envisions a redesigned workforce system driven by employers’ needs. The report outlined a framework for the City administration to develop a bold new model—one that places a high priority on training and job placement through sector-focused industry partnerships led by employers.

The Workforce Funders have supported two industry partnerships based at the NYC Department of Small Business Services including:

Since 2001, the Workforce Funders have raised more than $14 million, along with more than $33 million in aligned funding, for its collaborative projects from the following private funders: 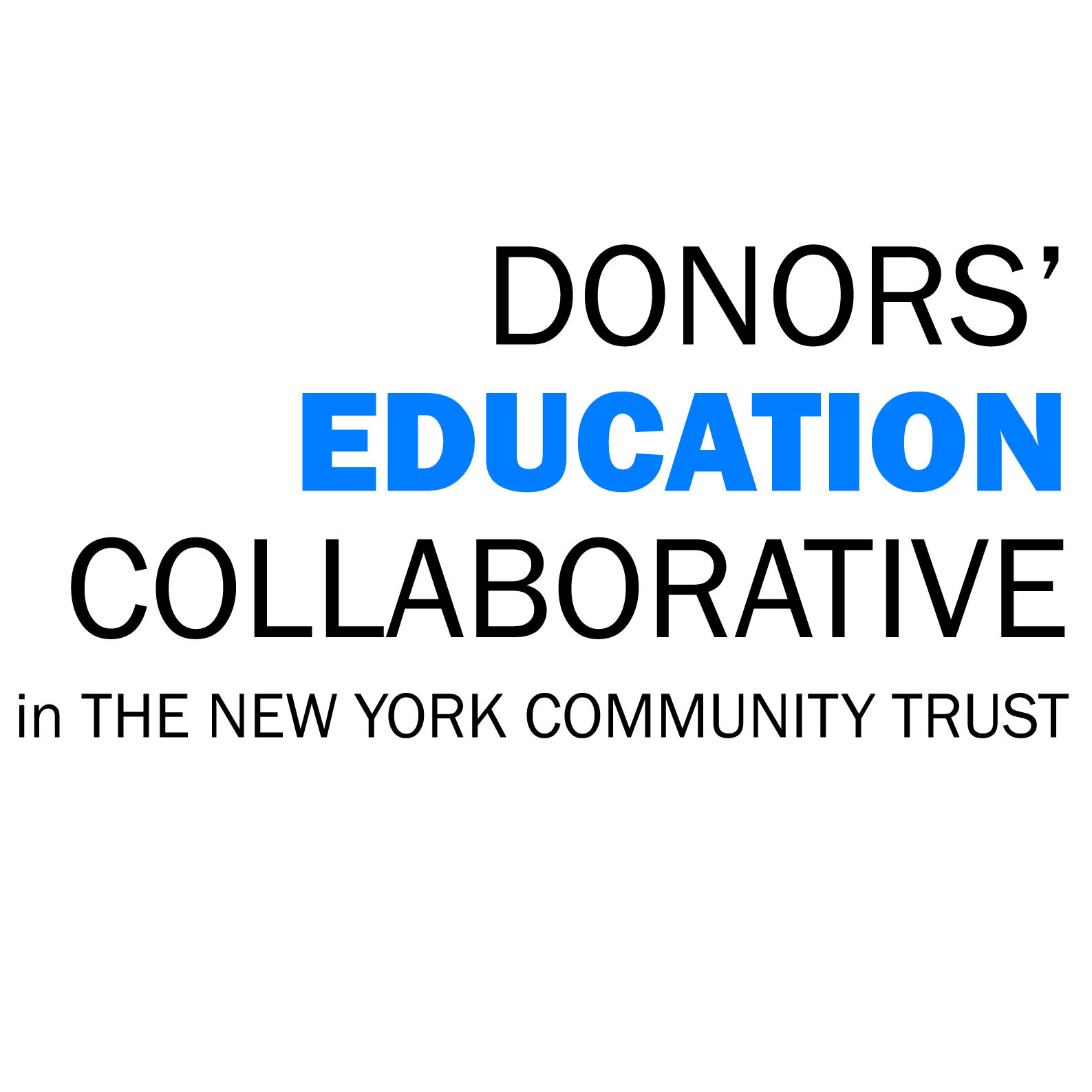 In the early 1990s, 17 foundation presidents, including The Trust’s, began meeting to find ways to make the City a better place to live. They decided to focus on improving schools, and in 1995 The Trust created the Donors’ Education Collaborative (DEC). With 1.1 million students in nearly 1,800 schools, New York’s public school system is the largest in the country. The cost and logistics of managing it are daunting.

DEC’s founding premise is that broad-based change in schools requires an active, informed, and diverse constituency. Effective reform is grounded in research and carried out in partnership with parents, students, educators, and other community members. Therefore, member foundations pool funds to make grants for research, advocacy, and community organizing to advance equity, opportunity, and excellence for all students, including those facing the greatest challenges.

To find out more about the Donors’ Education Collaborative, download our report.

“We joined the Donors’ Education Collaborative because of its focus on improving the system for students who are often left behind, such as immigrants, those living in poverty, and those with disabilities or special needs. DEC’s grantmaking addresses problems broadly, allowing us to extend our reach to help many more children than we could working alone.”
– Tanya Herbick, DEC member and senior program officer, Morton K. and Jane Blaustein Foundation. 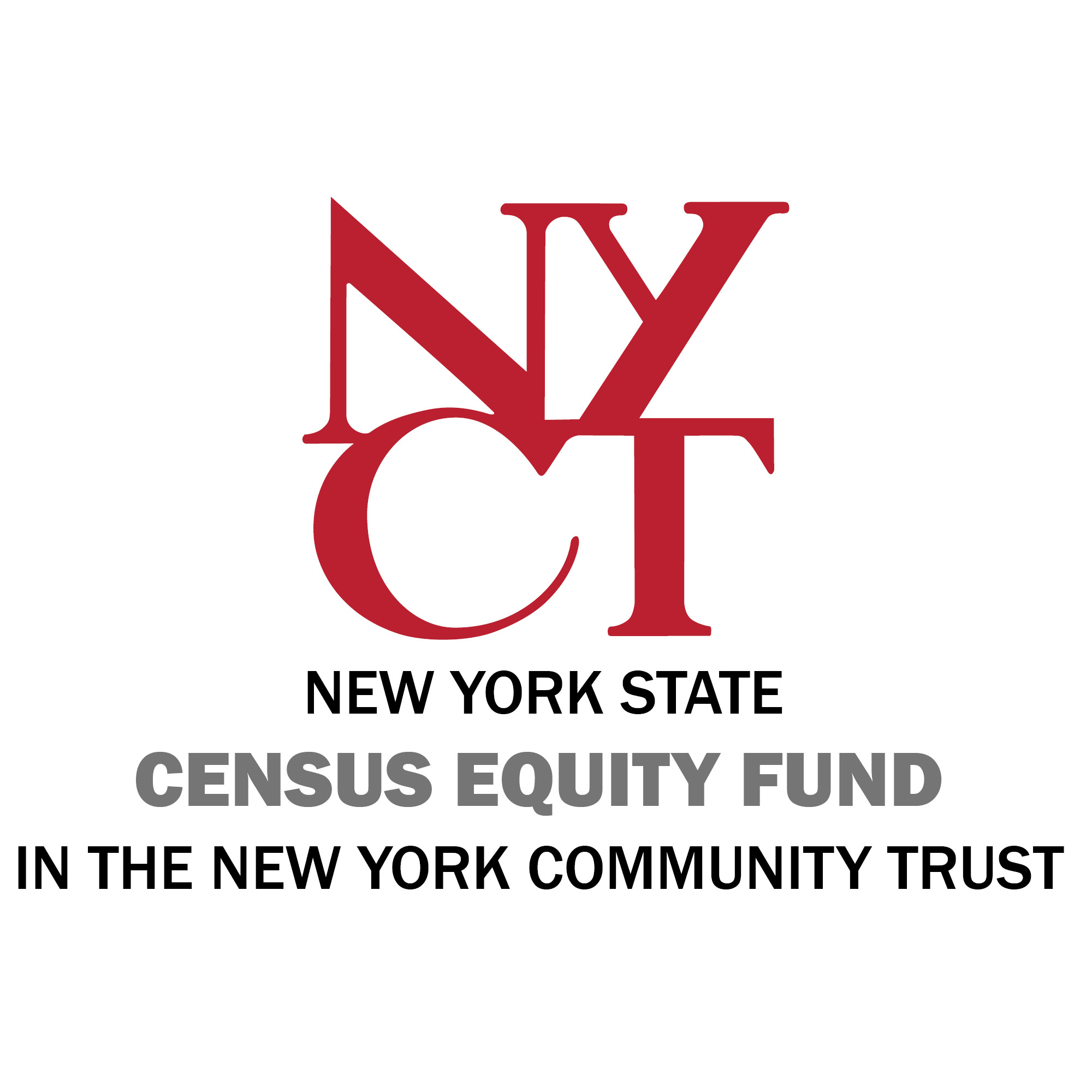 Ensuring a fair and accurate count

Established in 2018, the New York State Census Equity Fund is a joint effort of local, regional, national foundations, and individual donors to ensure that every resident in every county in New York state is counted in the 2020 Census. Generating a sufficient response from hard-to-count communities could mean the difference between New York State losing one congressional seat or two, not to mention billions of dollars in federal funds for vital community assets (i.e., schools, hospitals, etc.) and programs for vulnerable New Yorkers like Medicaid, Section 8, Low Income Housing Tax Credits, Head Start, Special Supplemental Nutrition Program for Women, Infants, all of which which are allocated based on census data.

The Fund will coordinate the allocation of philanthropic resources to ensure coverage of the State’s hard-to-count communities and constituencies, as well as share Census-related information with the philanthropic sector. The Fund will:

To find out more about the New York State Census Equity Fund, download the Fund’s description.

The Fund is led by a Steering Committee made up of funders from across the State:

The Fund regularly organizes information sessions in collaboration with Philanthropy New York, New York Funders Alliance, and Engage New York, to help funders stay informed about and up to date on 2020 Census developments – the briefings are open to all funders who are interested in a fair and complete 2020 census count.

To learn about upcoming funders briefing on the census, visit Philanthropy New York.

The Fund’s grantmaking focuses on three main areas: community education and mobilization, advocacy at the state level, and technical assistance. Grant awards include:

The Trust was joined by other New York foundations in a letter to the governor asking the State to allocate more funds to the census efforts. Read the letter here and the update here.

We opened our first funder collaborative in 1977, in response to New York City’s fiscal crisis with the creation of the Corporate Special Projects Fund. Other past efforts included:

Questions?
We are here to help
CONTACT US TODAY